In the context of the 2010 Review Conference of the Treaty on the Non-proliferation of Nuclear Weapons (NPT) the international community endorsed the objective of holding a Conference in 2012 “to be attended by all States of the Middle East,” on the establishment of a zone free of nuclear weapons and all other weapons of mass destruction, i.e. biological and chemical weapons plus their delivery vehicles, “on the basis of arrange­ments freely arrived at by all States of the Middle East.” In October 2011, the Finnish Under-Secretary of State, Ambassador Jaakko Laajava, was selected as the facilitator to prepare the convening of the event in Helsinki. In November 2012, however, the Middle East Conference was postponed because of a lack of agreement by all Middle Eastern states to participate in a meeting – although it seems that the conveners and the regional states have already agreed on the agenda, the modalities, and the procedures.

To make the Middle East Conference happen, it is vital to have both Israel and Iran at the table: Israel because it is the only country in the Middle East which has a nuclear arsenal and Iran because of its large-scale nuclear program whose civilian purpose is highly contested.

However, the Middle East Conference is to address all three categories of WMD plus their delivery vehicles – and not only nuclear weapons. This should give Israel flexibility and some comfort in the discussions since it is not the only country possessing weapons of mass destruction in the Middle East. If these three WMD categories were negotiated as a “bloc” in an egalitarian and parallel manner, Israel could much more easily be part of the discussion.

As Israel’s traditional approach to disarmament favors a “Peace First!” strategy, followed by disarmament, more effort on the political track, especially with regard to the Arab-Israeli conflict, is also needed to cope with Israel’s security concerns. At the same time, there is some evidence that Arab countries no longer insist on their reverse position of “Disarmament First!” and that they could be willing to address regional peace and disarmament on parallel tracks. If so, this should be of help to Israel.

Turning to Iran, taking part in the Middle East Conference would also give legitimacy to the widely isolated Iranian government. A cooperative attitude at the Conference on the part of Iran might offer the possibility that the international community and individual states could consider easing their sanctions against Iran. Its cooperation could also trigger positive responses from regional states such as Qatar and Oman which unlike other Gulf states do not have a fundamentally hostile relationship with the Islamic Republic. Iran could therefore use the opportunity to build ad hoc coalitions on specific issues. This could increase the chances that its substantive interests are taken into account. For Iran, the Conference in Helsinki could constitute a better forum to discuss its nuclear activities with other regional states and the event could be a promising way for Iran to soften the front against itself on the nuclear question.

Only an inclusive Conference can guarantee the direct expression of regional security concerns and hopefully move toward comprehensive solutions, and only participating states can set and shape a viable agenda. The mandate includes nuclear armaments, biological and chemical weapons, and their delivery vehicles and they can be discussed “en bloc,” allowing the fixation on the nuclear dimension to be considerably reduced, thereby increasing the possibilities for trade-offs and compromises. Of course, in order to create such a holistic discussion, the participating states must be willing to compromise. To create a productive atmosphere at the Conference table, it may be helpful to work out a minimal code of conduct which reflects the seriousness and determination of all parties to talk in good faith and to reach tangible objectives.

At the negotiating table, confidence- and security-building measures need not strictly precede steps that tackle the armaments themselves. Thus, there is room, in principle, for a “peaceful coexistence” of various measures of different kinds. Rather than discussing which must come first, it is important to note that peace and disarmament are mutually reinforcing and share a common goal: enhanced security for all. In this respect, a list of concerns provided by each state may be a good starting point to reach shared understandings on important issues in order to form a basis for fruitful and constructive discussions.

However, the Conference will be only successful if it genuinely promotes the security of the individual countries and the region at large and if it is not misused for propaganda purposes. With its confidential procedures and its comprehensive format, the Helsinki meeting will offer a venue for what is most needed − direct regional dialogue, especially among Israel and Iran. The shape and fate of the Middle East will largely depend on establishing reliable lines of communication: States that talk to each other do not shoot at one another.

Amb. Laajava, the facilitator of the Middle East Conference, noted at the 2013 NPT Preparatory Committee in Geneva that “not all states” have taken a position regarding participation or arrangement of the conference. He once again invited all regional states to multilateral, informal consultations that could lead to the convening of the Helsinki Conference. Although postponed, the preparation for the Middle East Conference continues. “We lost the deadline, but not the opportunity” said a leading diplomat. There is still some hope, and no alternative, to any forum on direct communication as a regional peace strategy. 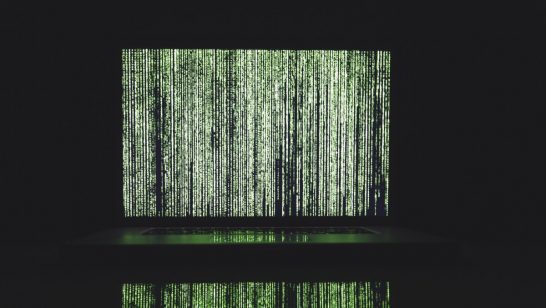