It took three months for Italy to get the new “yellow—green”[1], avowedly populist, government. It will take much less time for the government to show its true foreign policy colours. After sailing through the confidence vote in Parliament on June the 8th, Prime Minister Giuseppe Conte headed for Canada to participate in the Charlevoix G7 summit. A day earlier his Defence Minister, Elisabetta Trenta, had her initiation at the NATO Ministerial Meeting. Both meetings were dress rehearsals for the main reality checks: the European Council on 28-29th June and the NATO summit on 11-12th July.

The foreign policy of the new Italian government is an ‘unknown unknown’. The scant references in the coalition’s manifesto and the Prime Minister’s inaugural speech in Parliament are of little help. They suggest a Pollyanna-like view of international affairs. This entails a strong reliance on NATO, being at home in the EU, having a special relationship with the US and nurturing friendship with Russia. The new government wants to reform the EU and radically restrict immigration. It disavows the military threat from Russia, argues for the removal of sanctions and focuses almost exclusively on homeland security, with little concern for conventional military defence.

In sum, this government is calling at least as much for policy change as for continuity. When the time comes to act and square the circles, one of the two will, however, have to give. In a relatively short time, Italy will have to start making clear where it stands on crucial foreign and security issues. Russia will be a central issue, Afghanistan another. Italy’s involvement with ongoing NATO operations is being questioned internally and that could lead to a “progressive withdrawal” from Afghanistan and other theatres for the sake of redeployment closer to home. Defence spending, in the context of American and NATO pressures to meet the 2% GDP target and the EU’s PESCO ambitions, will be another test.

With little or patchy[2] experience in international affairs, the Five Star-League government is facing a steep learning curve. From the outset, Rome may be confronting its traditional partners on four controversial issues: the European Union over fiscal / budgetary policy and on immigration and asylum; the EU and the United States over Russia sanctions, and the US and NATO allies over participation in collective security operations. It is far from clear that the coalition has fully budgeted for the implications of a diplomatic war on too many fronts at once, without previously building alliances and measuring trade-offs or compromises. In fact, the chances are that the new government will quickly learn that it cannot “have it all” and will have to make priority choices.

Initial indications point to immigration and asylum as the first test of strength (fiscal policy will inevitably follow in the autumn, as that is when Italy will discuss its budget for the 2019 fiscal year with the EU Commission). Italy recently took the unprecedented step of closing its ports to an NGO ship carrying migrants who had been rescued at sea. In so doing, the new government made its point that Italy has been left to cope with migration unaided for too long and that it is time for both a policy change in Brussels and burden sharing with other European capitals. This set the stage for confrontation with other European partners on immigration and asylum policy. Tensions rose abruptly, especially between Italy and France, and then subsided but the new government – in office for barely ten days – has opened Pandora’s Box. The spat is likely only a foretaste of the disruption the Italian government can cause in Europe if it chooses to ride the nativist wave, rather than rein in its nationalist instincts.

While it is uncertain how the immigration challenge with the EU will play out, it makes it less likely that Italy will want to open other diplomatic fronts at the same time. Moreover, indirectly, immigration makes NATO more relevant for Italy. While the Interior Minister, and League’s leader, Matteo Salvini was putting pressure on Malta (as a proxy for Brussels) by refusing access to Italian ports to the Franco-German, Médecins Sans Frontières vessel Aquarius, Foreign Minister Moavero Milanesi was in Brussels to meet NATO’s Secretary General. He praised the Alliance for its security role in the Mediterranean and for its Southern strategy. The subsequent visit of Secretary Stoltenberg to Italy seemed to confirm that there is no immediate trouble on the NATO front. From Italy’s point of view, immigration and threats from the South (terrorism, organised crime etc) are two sides of the same Mediterranean coin.

On Russia, there is little doubt that Italy will not strike a chord with NATO and the EU mainstream, as shown by Prime Minister Conte’s prompt embrace of President Trump’s suggestion that Russia be re-invited to the G8 Group. The inflated narrative about the damage to the Italian economy done by Russian sanctions will continue. But, at least for now, the new government will stop short of single-handedly opposing the renewal of sanctions. Similarly, the coalition will be more cautious than its predecessors with regard to the deployment of Italian troops and assets, especially in out-of-area operations. On the other hand, it will soon discover the military value and political capital Italy gains by participating in peace keeping and stabilisation operations.

What then, can we expect from this “anti-establishment” Five Star-League Italian government? The balance between continuity and change will depend on how much those in power can learn on the job – and on their willingness to learn. It also depends on whether or not the government’s foreign policy will fall hostage to its desire to play politics. The populist card is a useful tool among domestic audiences and the new government could adopt the mantra of ‘Italy’s national interest’ on a range of issues, from immigration to Russia sanctions.

In Rome, these insurgents have taken over the parliamentary and ministerial Palazzos (only the Quirinale remains, where President Sergio Mattarella will continue to play a moderating role, as he did during the complex process of forming the government). Some discontinuity is inevitable, especially on policy vis à vis the European Union. The EU’s concerns, although often awkwardly and too vocally expressed, are understandable. Yet these insurgents are also international affairs’ novices. Security and defence were not high in their agenda but they will soon discover that they have to deal with those issues as well. Who can Italy rely upon? It certainly cannot go it alone. European Defence is a work in progress and, at best, Italy will be able to play a complimentary role in this.

For Italy, NATO is the only realistic security option. It has been so for decades of centre, centre-left and centre-right governments. The new populist government is about to discover that it cannot stray too far from the Atlantic course – provided Atlantic solidarity is not disrupted by a perfect storm between the US and the other Allies. But that will be a problem much larger than Italy alone.

[2] As a result of prolonged negotiations and of strong pressure from the Italian President, Sergio Mattarella, the final government’s line-up had added a significant technocratic component, including the Economy Minister, Giovanni Tria, and Foreign Minister, Enzo Moavero Milanesi. The latter is a safe pair of hands and an EU affairs veteran.

Despite the latest show of EU-NATO burgeoning collaboration, the Berlin Plus agreement has seemingly been quietly forgotten. Now is the time to recall the benefits of the only framework for NATO-EU operational cooperation in a crisis. 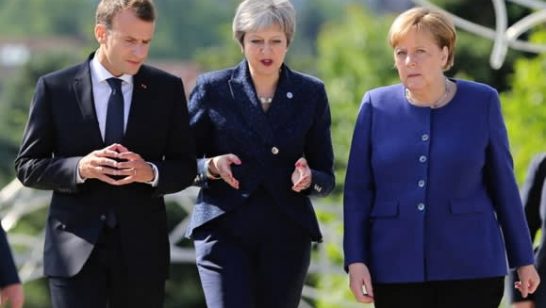 Transatlantic relations at a new low. What does that mean in practice?

Axel Hellman and Denitsa Raynova look at the state of transatlantic relations and argue that European leaders should not distance themselves from the United States, but coordinate closely where possible while credibly demonstrating that they are willing to take on a greater share of responsibility for regional and international security.