Now that the International Security Assistance Force (ISAF) has closed its headquarters in Kabul, bringing to an end more than thirteen years of large-scale Western combat operations in Afghanistan, it is an appropriate time to take stock of the Afghan mission. It all began with the September 2001 terrorist attacks and the decision to unseat the Taliban and hunt for Al Qaeda. In the ensuing thirteen years, almost 3,500 ISAF coalition troops lost their lives, many thousands more were wounded, and tens of thousands of Afghan security personnel and civilians have been killed or traumatized by the war in their country.

Even if the ISAF combat mission has ended, the battle still lingers on. Some 13,000 Western troops – 10,000 of them American – will remain in the country under the banner of a partnership mission to train Afghan forces. It is known that they will be located in Kabul and the four main regional capitals, they will be training and advising the Defense Ministry and top military brass down to corps HQ level, and they will not be in the field to fight. Still, Afghanistan is a risky place for foreign troops, and further casualties can be expected. And the partnership does have an operational dimension: some, mainly U.S., Special Operation Forces will continue counter-terrorist operations, U.S. air assets will support Afghan army operations, and U.S. forces will be allowed to carry out attacks against Taliban forces that pose a threat to them. In short, only the foolhardy can think that we have seen the end of Western combat fatalities.

A number of questions arise. Was the high human cost justifiable? Did Western strategy run aground or did it improve over time? And why do Western forces need to continue risking their lives some thirteen years after the invasion and at a time when Al Qaeda in the region is pretty much wiped out? I shall answer these questions in turn.

The war and therefore its cost are ultimately justifiable. Of course, in every war one should strive in every way to minimize the human cost – in terms of civilians as well as the military. This goes without saying. The question is really whether the war against the Taliban regime of 2001 was justifiable. Some argue that there was a peaceful way out, as the regime did not outright refuse the ultimatum to hand over Al Qaeda’s leader Osama bin Laden and his lieutenants or face punitive action. The Taliban called for “evidence” and did not exclude organizing a trial of some sort. The Taliban could not have been trusted, however. Their relationship with Al Qaeda had proceeded too far, and the ideological extremism on which Al Qaeda fed was too intimately tied into the regime’s justification for its own survival. Action in Afghanistan had become a war of necessity.

Did the Western strategy improve sufficiently over time? Unfortunately, it did not. Once the Afghan system of government defined at the 2001 Bonn peace conference was on its legs, with a constitution, a president, and a parliament, things began to go wrong. At this point in time, around 2004-2005, the foundations of the state had been built. The mistake was to engage in the task of building a nation for it.

Nation building was the subtext of the Afghan National Development Strategy (ANDS) that fell into place in 2006. Interestingly, the current Afghan president, Ashraf Ghani, a former World Bank official and Afghan finance minister (2002-2004), was perhaps the single most important driver behind the ANDS. The international community bought into the ANDS because it offered what everybody wanted – a vision of a peaceful and prosperous Afghanistan. There was no strategy for achieving it, though, certainly none worth its name. The ANDS was not a reflection of the reality on the ground, and the massive build-up of forces that was necessary to implement it stoked a violent insurgency and, subsequently, years of effort to defeat it.

We are, in a certain sense, back to the situation as it existed in 2005. The Afghan constitution is in place, a president and a parliament have been elected, but the underlying balance of political forces is not sufficiently strong to permit institution-building at a national scale. But the international community has learned its lesson. The brokering of a power-sharing compromise between Abdullah Abdullah and Ashraf Ghani in the autumn of 2014 was a promising move, even if the balance remains tenuous. At least now the Afghans have started to share power and the spoils of political stability in an overt and institutionalized way.

Which brings us to the third question: why are the Western states still around? I would argue that it makes sense for the international community to continue the investment in stability of Afghanistan because it is finally getting it right. The international community need to help the Afghans reach and implement political deals, which are not once-and-for-all deals, as in the 2004 constitution, that can all too easily bring aggression on the part of political losers; nor are they backroom deals, as in the networking schemes practiced by President Karzai. Afghanistan is in need of a power-sharing agreement that is institutionalized, open, and dynamic.

The international community can bolster this promising new start inside Afghanistan by doing more to regionalize and multilateralize security policy in South Asia. We should not be naïve: regional security in the region will first and foremost be sorted out by South Asian governments. But the outsiders can help, and Western states should use every occasion to advance regional encounters and especially to promote an Indian-Pakistan dialogue. They will also need to factor in a role for China, whose New Silk Road strategy is both clear and well-funded.[1] If Western nations and especially the United States can reach a type of framework agreement with China when it comes to South Asian diplomacy, much will be gained.

One lesson from Afghanistan is thus that while combat mission ends, the battle still lingers on. Mistakes were certainly made between 2001 and 2014, among them notably the vain belief that Western forces could help build an Afghan nation for the new Afghan state. But the war was necessary and Western governments have been learning from their mistakes. They must now continue to invest in Afghan and regional diplomacy which promise a progressive sharing of the spoils of peace, not war. 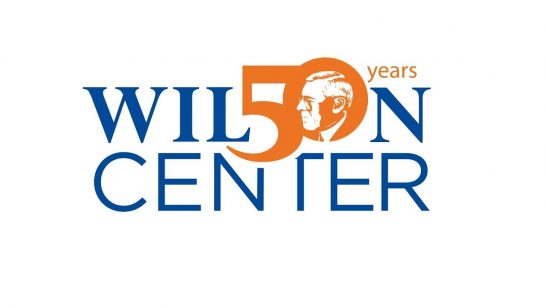 Don’t call it a new Cold War: partnership with Russia is not damaged beyond repair

Dr Alex Pravda argues that calling tensions with Russia a ‘new Cold War’ is counterproductive, and that while the damage in the Russia-West relationship is extensive, it is not irreparable.