In response to the climate crisis, the European Green Deal (EGD) – a set of policy initiatives by the European Commission –  aims to make Europe climate neutral by 2050. The impending energy transition this will bring about poses a major challenge to hydrocarbon producers and trade relationships that rely disproportionately on the hydrocarbon economy. This is particularly relevant to EU-Russia relations, where the trade of fossil fuels has been a crucial economic and strategic aspect for decades. In the current context of political crisis between Moscow and Brussels, which has been fuelled by the Ukraine conflict and broader geopolitical competition, energy trade is one of the few remaining areas of bilateral cooperation – and the most significant one from an economic standpoint. The prospective scaling down of this trade will likely alienate the EU and Russia from each other and potentially aggravate political tensions. At the same time, the climate emergency requires prompt action from large polluters such as the EU in order to avert an environmental catastrophe. This begs the question of how EU-Russia energy relations can be preserved and reconciled with the pursuit of a climate-friendly agenda.

Currently, Russia is the main external provider of oil, gas and coal to the EU. Despite reciprocal concerns of overreliance on each other, this paradigm has served both sides relatively well. The EU has had access to competitively priced Russian fossil fuels, whereas Russia has made vast profits by selling its energy in the EU market. In Western Europe and large EU members in particular, this trade tends to be regarded as the cornerstone of EU-Russia economic interdependence, with a pacifying effect on the broader relationship. While the Ukraine conflict has challenged this understanding of EU-Russia relations, and security concerns have influenced relevant debates, energy trade has continued unabated.

Now the EU plans to decarbonise and implement a EGD that casts serious doubts on the mid-and especially long-term prospects of the current paradigm of EU-Russia energy trade. In December 2019, the EU unveiled the EGD, a roadmap for policies that should promote the energy transition in all economic sectors and lead the EU to climate neutrality (net-zero greenhouse gas emissions, GHG) by 2050. In 2021, the climate neutrality target was codified in the European Climate Law, together with a mid-term objective of reducing EU GHG emissions by at least 55% (compared to 1990 levels) by 2030. This will have repercussions on the EU’s consumption of fossil fuels and, consequently, on its energy imports from abroad.

Several estimates have been published on the impact of the EGD on the EU’s fossil fuel imports from Russia. While numbers slightly differ, all these estimates show that coal imports will decrease significantly by 2030. Oil and gas imports will also decrease, but the reduction will become more significant only after 2030. This is especially true of gas imports because the EU has long considered gas (which pollutes less than coal and oil) a transitional source for coal-reliant countries while the Union progressively decarbonises its economy.

The EU and Russia should use this transitional period and the reciprocal experience they have acquired over decades of energy cooperation to transform their relationship based on a more sustainable and environment-friendly model. Russia has vast resources to produce renewable energy and become a leader in new green technology. So far, the huge income from hydrocarbon exports and the scarce ambition of GHG reduction targets have discouraged ambitious green policies and investments. However, the prospective decrease in fossil fuel demand in all of Russia’s main trade partners (China, South Korea and Japan have also announced a long-term climate neutrality target) is providing important incentives for Russia to decarbonise. The country also has an interest in introducing green technologies in order to remain competitive and potentially become a leader in a field that promises to be both profitable and strategic in the near future.

In Russia, as in several other trade partners of the EU, the EGD has attracted criticism from both governmental and business circles. The EU’s proposed carbon border adjustment mechanism (CBAM) – a tax related to the volume of emissions caused by the production of imported goods – has been the main subject of criticism. The Russian business community is concerned about its impact on Russia’s export of energy-intensive products, such as steel and fertilisers. However, EU plans and other global trends have also prompted a shift in the discourses and policies of the Russian government. In his state of the nation address in April 2021, President Vladimir Putin mentioned environmental and climate issues as a priority for Russia’s development for the first time. In July, he signed a law that mandates companies with significant emission levels to record them; the data will be used to monitor if emission targets are met. If Russia develops domestic carbon pricing, it may be able to collect carbon fees domestically instead of having its exports taxed at the EU’s border. The harmonisation of Russian and EU regulations would be beneficial in this respect.

Important areas of potential EU-Russia green cooperation include the development of renewable energy, the trade of rare-earth elements, hydrogen, and improvements in energy efficiency and connectivity. Russia has enormous potential for developing renewable energy. Some European companies have already invested in the Russian renewables sector. The Italian ENEL is a case in point: it is building wind farms in the Murmansk, Stavropol and Azov regions. Renewable energy – for example, wind power – can be produced and used locally to satisfy the demand of relatively small urban centres in the vast Russian North and East, which is more cost-efficient than connecting remote regions to a centralised power grid over long distances.

Russia is one of the largest producers of rare-earth elements and metals such as nickel and cobalt, which are essential for renewable energy technologies and are in high demand in the EU. It also has numerous resources that are capable of producing hydrogen, as well as a number of R&D activities in this area. Russia could produce hydrogen from both hydrocarbons (for instance, grey and blue hydrogen) and renewable sources (green hydrogen). Here, the different preferences of the EU and Russia would need to be reconciled – the EU clearly prefers green hydrogen, despite the generally higher cost of producing it now. Moreover, the Russian government has proposed using some of the existing gas pipelines for hydrogen exports to Europe.

Despite the improvements made in the 2000s, there is plenty of room for Russia to increase its energy efficiency. As the lack of investments is a key issue in this area, cooperation with the EU could compensate for the shortage of finance, especially if administrative and bureaucratic barriers are eased. Furthermore, Russia and the EU could ensure their connectivity through infrastructure that allows electricity trade. While the technical and regulatory challenges of greening EU-Russia energy relations are considerable, the potential benefits for both bilateral relations and the climate agenda make this endeavour essential. 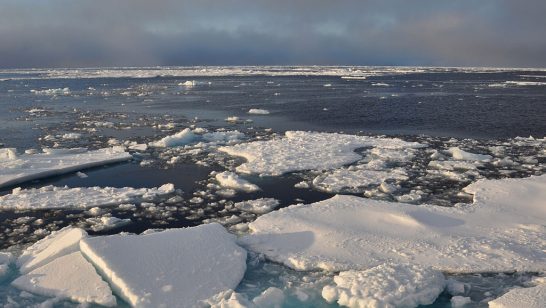