As NATO leaders prepare to meet on 24th March, and as EU leaders meet the same day, there is a strong sense of transatlantic unity against the war in Ukraine. While reaffirming their determination to defend the territorial integrity of all allies and reiterating their strong support for Ukraine, NATO and EU leaders should also extend their readiness to support and facilitate efforts to end the war.

The Russia-Ukraine track of negotiations should also be constantly monitored to explore whether there exist conducive grounds for a negotiated solution to the deepest crisis in Europe since the Second World War.

Putin made a fatal mistake with his timing. A few years ago, the Atlantic Alliance seemed to be in a state of disarray despite Russia’s illegal and illegitimate occupation and annexation of Crimea. Trump’s disdain for America’s European allies and the EU, Macron’s statement on NATO being “brain dead” and the divisive debates initiated on European Strategic Autonomy were just the tip of the iceberg of “disunity”. NATO Secretary General Stoltenberg was desperately striving to restore Alliance unity and cohesion.

If the Russian invasion of Ukraine had occurred in 2019 or early 2020, the United States would have probably displayed an indifferent attitude. Trump would have blamed his predecessors, business as usual for him, for having spoiled Ukraine while alienating Russia and would have spared no effort to extract some allegations to be exploited in his re-election campaign. He would have refused to make a serious attempt to stop Putin, with whom he had a cordial relationship. He would have paid lip service to calls for sanctions against Russia from Democrats in Congress and ignored the few Republicans who would have dared to speak up. The European Union would not have been able to agree on a wide-ranging sanctions package in the absence of US leadership in the West.

In January 2021, however, the situation had completely changed. President Biden announced that “America is back”, albeit with some domestic setbacks. The NATO Summit in June 2021 in Brussels was highly symbolic in reaffirming Alliance unity. The NATO 2030 Report set out a transatlantic agenda for the future, paving the way for a Strategic Concept for the next decade. A new chapter in transatlantic relations was opened. The Afghanistan withdrawal debacle in August 2021 and the AUKUS (Australia, the United Kingdom and the United States) initiative, though detrimental, were not decisive, as some expected, in undermining the Alliance’s unity.

Putin underestimated the strength of the transatlantic relationship and the possible scope and depth of the Western response against Russia’s assault on Ukraine. Perhaps he thought that he could get away with little more than diplomatic statements condemning his decision. He also appears to have overestimated the effectiveness of his military forces. The “special operation”, as he calls it, was envisaged to be quick and effective. Under this scenario, Russia could have added another link in the chain of its putative “sphere of influence” in its backyard.

Today, Russia is faced with ferocious resistance in Ukraine, and the risk of its military becoming bogged down is increasing every day. At home, the effects of economic sanctions are only likely to intensify. Contrary to his longstanding aims, Putin has also helped NATO consolidate its unity and cohesion and further strengthen its deterrence and defence towards the east. Meanwhile, he will be remembered in history as someone who inadvertently boosted Ukrainian national identity.

The military, economic and humanitarian support to Ukraine extended by the outside world is praiseworthy. These efforts should continue unabated. However, the longer the war continues, the more bitter the humanitarian consequences will be.

The post-war situation will be even harder to manage. Reconstruction work and the return of IDPs and refugees to their homes in Ukraine will be costly and painful. Restoring the international order or building a new one will take years, perhaps decades. It is in the whole world’s interests that the war stops as early as possible. Diplomatic efforts must be stepped up.

The long journey to establish peace in Ukraine should not be at the expense of Ukrainian independence and sovereignty. Any agreed solution must respect the fundamental provisions of international law and the basic principles that underpin European security, which Russia itself signed up for. It is also imperative that Russia comply with the obligations it legally undertook following Ukrainian independence.

Russia is not in a position to impose its will on the Ukrainian people and decide their future. Consequently, the Russian leadership should pay a heavy price not only economically, but also diplomatically and legally. Europe is determined not to resurrect the spectre of Munich, which could haunt peace and stability far beyond the Euro-Atlantic area.

A new and vibrant vision is needed to redress the aberration of the 21st century caused by Russia’s ongoing aggression towards Ukraine since 2014. That vision should govern the basic tenets of NATO’s developing Strategic Concept and the implementation of EU’s Strategic Compass. In this respect, NATO should update its dual-track policy towards Russia, on the one hand strengthening its deterrence and defence in face of the Russian threat and on the other hand maintaining meaningful dialogue with Russia. As stated in the “NATO 2030: United for a New Era” report by the Independent Experts Group (to which one of us contributed, and which is one of the work-strands that contributes to the updating of NATO’s Strategic Concept): “NATO should consider a dynamic template under which it takes steps to raise the costs for Russian aggression while at the same time supporting increased political outreach to negotiate arms control and risk-reduction measures”. An approach predicated upon a position of strength in all domains is an objective never to be squandered.

In diplomatic efforts, the Ukrainian leadership must be consulted at every stage. The main goal is to find a solution without undermining the independence and sovereignty of Ukraine. To achieve that objective, a package of incentives as well as disincentives could be formulated. Some of Russia’s concerns can be accommodated to some extent, particularly in the domain of arms control/disarmament and confidence-building measures. However, those counter-proposals for peace cannot come at the expense of breaching the indivisibility of security for all and the fundamental principles that underpin European security. For this to happen, a global campaign to push Russia back to the boundaries of peace should continue unabated. 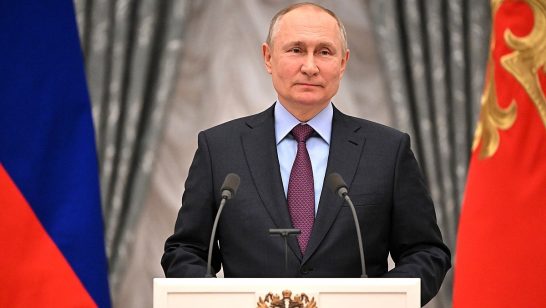 For now, Russia backs Putin and the invasion – but younger people are sceptical of the Kremlin line

Lord Michael Ashcroft reports that a recent survey by Lord Ashcroft Polls in Russia shows that most Russians back the invasion of Ukraine and support certain Kremlin narratives — but they don’t claim all of it. 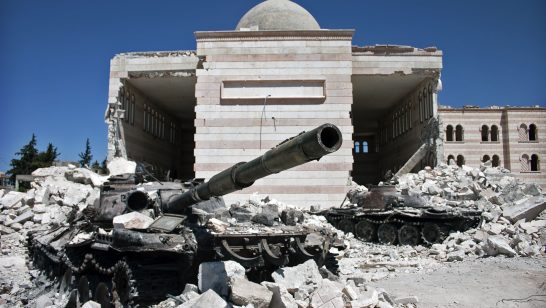 Ukrainians want to stay and fight, but don’t see Russian people as the enemy. A remarkable poll from Kyiv

Lord Michael Ashcroft reports that a recent survey by Lord Ashcroft Polls in Ukraine shows that Ukrainians wish to stand and fight, and that while most see their future closer to Europe than to Russia, they do not consider the Russian people to be “the enemy.”