In the two decades following the end of the Cold War the notion of a Greater Europe, an integrated space stretching from Lisbon to Vladivostok, attracted a great deal of support. You only need read Russian President Vladimir Putin’s 2010 commentary in Seuddeutsche Zeitung to understand just how powerful this idea once was. Today however the long-standing supporters of a cooperative and integrated continent, like former Russian Foreign Minister Igor Ivanov, are coming to terms with the “Sunset of Greater Europe”. Some political circles in Moscow have their sights set instead on a “Greater Asia”, from St Petersburg to Shanghai. Massive deals with China, like an estimated $2 billion to supply Beijing with advanced SU-35 fighter jets, are illustrative of this broader shift in Russia’s outlook, away from Europe and towards Asia.

Russia’s about-face is largely a response to the breakdown in relations with the West in the wake of the Ukraine crisis. A short-term tactical decision to shore up some international support, has arguably resulted in a long-term strategic shift. There is little point in arguing for a return to the idea of Greater Europe. The collapse of Russia’s relationships with its fellow European states has made this dream impossible to pursue. But it is clear that some people in Russia want to go a step further: they no longer believe cooperation with the EU is necessary or beneficial, and that Asia is the answer to Russia’s problems. Those people are wrong.

Upbeat rhetoric covers several huge cracks in Russia’s pivot to Asia. The first is uncertainty over how Russia will accommodate increasing Chinese influence in Central Asia. After all, Moscow’s aggression in Eastern Europe shows how it feels about others meddling in its “sphere of influence.”

The second problem is how to benefit from integration into Asia while growth in the region slows and political tensions, for example in the South China Sea, flare. The third, and perhaps biggest crack, is how Russia can reorient its economy towards Asia. Lack of capital is already delaying the development of its pipelines in the region, and the anticipated period of low global commodities prices will make things even more difficult.

This is symptomatic of a wider problem facing Russia, namely that it cannot replace Europe with non-Western partnerships. China serves here as a perfect example, despite Russian claims that bilateral trade with China would hit $100bn in 2015, the figure actually fell by 27.8% to $64.2bn, largely due to the impact of sanctions and falling oil prices. Relatively modest trade with its other BRICS partners, and concerns about slowing global growth and falling commodities prices, demonstrate that Russia’s alternatives to Europe aren’t quite as safe a bet as Moscow might have hoped.

Economic concerns in Russia are severe, both in the short and long-term. By Vladimir Putin’s own admission, Russian GDP contracted by 3.8% in 2015, with the ruble tumbling to an all time low. While this economic crisis is only part caused by European sanctions, the other cause – the global collapse in oil prices – points to a greater problem that Asia cannot be a remedy for. Russia’s one-dimensional economy is reliant on energy exports, which fuelled its recent economic boom. The primary direction of exports is still Westbound. In 2013 the EU accounted for approximately 71% of Russia’s gas exports, and it will be some time before Asia represents a real alternative. Moreover, if and when Russia does diversify its economy it will need a place to sell its high tech products and services. There is no better direction than the largest wealthy consumer market on the planet, which is the EU area. To write off development of relations with nearly 24% of the world’s economy, a source of potentially vital technology cooperation, and your biggest source of investment, all in the hope of a potential windfall of “Greater Asia”, simply does not make sense.

In terms of Russia’s national security, turning its back to Europe is equally puzzling. Three regions of critical concern to Russia in the coming decades are regions in which Europe has significant influence. Both sides have currently wildly diverging approaches, but Russia can ill-afford to antagonize its European partners.

The Middle East is the preeminent source of global terrorism. The downing of a Russian airliner in October 2015 was the latest in a long history of terrorist attacks on Russian citizens. Russia shares a concern with this threat with its European neighbours. With Europeans playing an increasingly important role in Syria and the wider region, dialogue may bring more results than ignoring Europe’s role.

In Eastern Europe and the South Caucasus, the European Union has already shown its ability to influence states Moscow believes are part of its sphere of influence. Russia can of course continue to obstruct the EU actions in the region, and continue its pressure on Ukraine, but it can arguably gain far more from cooperation, both economically and strategically. This could result in the development of stable and productive relations between the EU and Russia’s Eurasian Economic Union (EEU), strengthening the latter after what has been a very weak start.

To the North, Moscow sees the Arctic as one of Russia’s greatest economic opportunities in the coming decades. Melting ice-caps will give access to previous impenetrable resources and the elusive Northern Sea Route. Russia’s Arctic Zone holds a majority of the region’s gas and a sizeable portion of its oil, and should oil prices recover to the point where extraction becomes economically viable, Moscow will need a stable environment for investment, and better technology and more capital to overcome the technical challenges and higher costs associated with the region’s development. Stability in the region will itself be best ensured by cooperation with fellow Arctic Council members, of which five are members of the EU or European members of NATO.

Russia is right to pursue closer relations with Asia, as the rest of the world must too. The 21st century will be increasingly multipolar, and Moscow in many respects stands to benefit from its geography and position in the international system but will do so only if it positions itself as an essential bridge between east and West rather than seeking to choose between them. 80% of Russians live in Europe and it is in Europe that a great number of the critical issues facing Russia will be decided upon and influenced. Europe can offer the tools Russia needs to grow its economy and secure many of its interests. Strong ties with Asia will leave Russia in a stronger position in Europe, but so too will stronger ties with Europe give Russia more weight in Asia and in the 21st century.

This article will be followed by an article on the 26th of January explaining “Why the West, especially Europe, Needs Russia”, and is part of a wider project assessing the strategic rationale for cooperation between Russia and the European Union generously funded by the Carnegie Corporation of New York. A wide-ranging policy brief will be released in March/April. 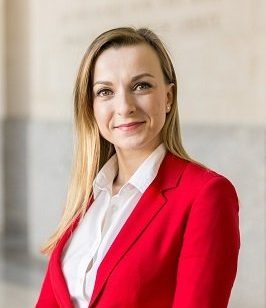 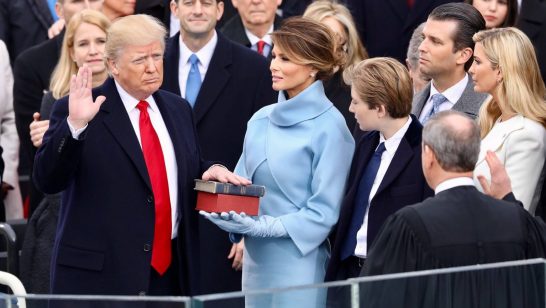