The Young Generation Leaders Network (YGLN) was formed after Russia’s 2014 invasion of Ukraine to act as a platform for dialogue and bridge-building between young leaders from Russia and the West. This year, Russia’s invasion of Ukraine has taken Russia-West relations to a new low. Diplomatic relations have been severed, a staggering number of sanctions – both official and unofficial – have been enacted against Russia, and states all around the globe scrambled to define their positions vis-à-vis the conflict. One major casualty of this chaos and violence has been dialogue between Russia and the West, as well as between Russia and Ukraine. If prior to the war connections between Russia and the West were present but limited, now, they have almost completely atrophied.

By contrast, the YGLN has been mindful of its mission to promote people to people understanding, and since the invasion it has intensified its convening: YGLN has held weekly meetings, every one of which has been attended by Ukrainians, Russians, other Europeans and Americans alike. Through these meetings, all parties involved have engaged in fruitful and frank dialogue and have retained their commitment to engagement even in the toughest of times. Below, we discuss some key takeaways from our first three months of meetings.

Ukrainian opinions about the situation in their country have changed at times from week to week, depending on real-time developments on the ground. However, generally speaking, the initial responses moved from shock at the beginning of the war, followed by rage after the events at Bucha, and then an almost numb sense of uneasiness following the Russian drawback from the Kyiv area. Throughout these changes, however, participants emphasised strong Ukrainian internal unity.

At the beginning of the war, chaos reigned. Russian forces began bombing cities across Ukraine and there was a mass exodus of refugees. Even when it was clear that Russia would not have the instant victory that its leadership had expected, many worried that Russia would simply continue to escalate until its stated objectives were realised. Even at this point, however, participants noted Ukrainian society’s unity in opposition to the invasion – even in parts of southern and eastern Ukraine that have traditionally related to Russia in a friendlier way than other areas.

A major turning point was the Bucha massacre and associated atrocities that accompanied Russian forces’ pull-out from the Kyiv area. Previously participants from Ukraine said that most Ukrainians differentiated between the Russian government and the Russian people, and there was hope for a negotiated settlement in the short term. After Bucha, the conversation changed. The fact that Russian foot soldiers had participated in such brutal war crimes against Ukrainian civilians has eroded the sense of sympathy between peoples. So too have the reports of opinion polls showing support for the war among the Russian population. This change in sentiment coincided with a loss of confidence in the negotiations process; YGLN members argued that the basis for negotiations would now be determined on the battlefield.

In the weeks following Bucha, the situation has remained largely unchanged. Russian troops have pulled back from Kyiv and the prevailing opinion seems to be that Russia will try and consolidate control over parts of southern and eastern Ukraine. The sense of panic in meetings has eased – but strong broader anti-Russian sentiments remain. Nonetheless, among YGLN members, the spirit of communication remains as strong as it was at the beginning. Given the circumstances, this is a remarkable feat.

Situation inside Russia: Complicated, to say the least

In addition to discussing the situation inside Ukraine, much attention has been paid to sentiment within Russia. Generally speaking, the collapse of support for Vladimir Putin’s government that many Western analysts have hoped for has not come to pass, and many Russians appear for the near future to be rallying around the Kremlin’s flag – albeit with a dissenting minority.

After the beginning of the war in Ukraine, many governments and private companies acted quickly to design and implement unprecedentedly far-reaching sanctions and boycotts sanctions against Russia. While Russia had been sanctioned many times in the past, sanctions were usually confined to carefully chosen sectors of the Russian economy or even individual influential figures. This time, however, broad-based sanctions were enacted that targeted the economy as a whole and therefore affected broad swathes of society. Some experts believed that the shock to the Russian economy would help compel ordinary Russians to speak out against the war. The potential for such a phenomenon to occur was discussed in early meetings; however, as time has gone on, this idea has come up less and less. Instead, some participants have pointed to numerous polls showing the opposite effect – spikes in societal support for Putin.

A couple of other factors have been discussed that some members believed could turn Russian public opinion. One is the idea that ordinary Russians may stop supporting the war if they think Russia is losing, for instance as the death and casualty toll mounts. Some felt if Russia turns to mass mobilisation to sustain its invasion, this could lead to dissent. Nonetheless, however, members emphasise that very little seems to have changed concretely in Russia: while some certainly continue to speak out against the war, much of the populace remains committed to the Kremlin’s so-called “special military operation”, especially if they watch state TV which is saturated with claims of Russian military and political success.

Finally, members have discussed the future potential for negotiations and dialogue, although they are not optimistic about any political solution in the near term. The two sides’ positions remain far apart and it is generally seen as likely that protracted fighting will continue. Participants continue to value the opportunity for people-to-people contacts to help share information and understanding.

Other countries: General Western unity behind Ukraine; Belarus in a difficult position

Conversation has generally focused on the specifics of the war in Ukraine and on the situation inside Russia. However, YGLN members also come from other parts of the Euro-Atlantic space, including Europe, the United States, or other post-Soviet countries, and our meetings have offered an opportunity to bring in diverse perspectives from different country contexts. A few standout themes have been discussed at multiple meetings, such as the situation regarding potential Swedish and Finnish accession to NATO, Belarus’s awkward position between Russia and Ukraine, and broader Western support for Ukraine.

YGLN members raised the prospect of Sweden and Finland joining NATO at an early stage in the war and have proven to be prescient. Sweden and Finland have both now confirmed their intentions to join NATO, as the invasion has radically shifted public opinion in favour of accession. Questions about security guarantees, pre-existing business relationships with Russia, Turkish hesitancy and bargaining, are among the issues that could make the transition bumpy. Yet despite some bellicose rhetoric coming from Moscow, members felt the Kremlin actually has few tools to influence these countries’ decision.

Another interesting element that emerged from YGLN conversations was expertise on Belarusian politics. While President Alexander Lukashenka tends to be viewed in the West as being entirely in Putin’s pocket, in YGLN meetings, Lukashenka is presented in a much more nuanced light. Essentially, Lukashenka is stuck between a rock and a hard place: staying out of the war may draw the ire of Moscow, but on the other hand Ukrainians will not forget that the Russian troops that marched toward Kyiv entered Ukraine from Belarus. The positions of Minsk, a key player in this conflict, will remain important.

Finally, and perhaps most importantly, Western members have affirmed their respective countries’ support for Ukraine but have remained committed to continuing dialogue with Russian members. Given that the YGLN was created to maintain dialogue even at the most difficult of times, this is an encouraging sign. YGLN members from all over the Euro-Atlantic space have shown that no matter how tense things get, there are many in the younger generation of leaders who are still committed to dialogue, and to maintaining and demonstrating the spirit of diplomacy in the network. 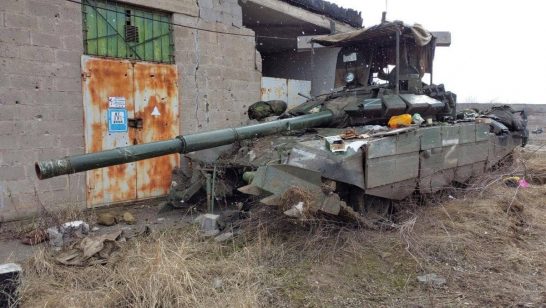