The European Leadership Network (ELN) is proud to invite Rose Gottemoeller to discuss her new memoir Negotiating the New START Treaty, set to be released in May 2021. The focus of the book talk will be lessons for the next generation of arms control thinkers and negotiators based on her unique experiences in government, especially as the first woman to lead a major nuclear arms negotiation. The discussion will be moderated by ELN Policy Fellow Sahil Shah.

Rose Gottemoeller, the US chief negotiator of the New START treaty—and the first woman to lead a major nuclear arms negotiation—delivers in this book an invaluable insider’s account of the negotiations between the US and Russian delegations in Geneva in 2009 and 2010. It also examines the crucially important discussions about the treaty between President Barack Obama and President Dmitry Medvedev, and it describes the tough negotiations Gottemoeller and her team went through to gain the support of the Senate for the treaty. And importantly, at a time when the US Congress stands deeply divided, it tells the story of how, in a previous time of partisan division, Republicans and Democrats came together to ratify a treaty to safeguard the future of all Americans.

This book is important, but not just because it tells you about a very significant past, but also because it helps you understand the future. George Shultz, former U.S. Secretary of State

Rose Gottemoeller is uniquely qualified to write this book, bringing to the task not only many years of high-level experience in creating and enacting US policy on arms control and compliance but also a profound understanding of the broader politico-military context from her time as NATO Deputy Secretary General. Thanks to her years working with Russians, including as Director of the Carnegie Moscow Center, she provides rare insights into the actions of the Russian delegation—and the dynamics between Medvedev and then-Prime Minister Vladimir Putin. Her encyclopedic recall of the events and astute ability to analyze objectively, while laying out her own thoughts and feelings at the time, make this both an invaluable document of record—and a fascinating story.

In conveying the sense of excitement and satisfaction in delivering an innovative arms control instrument for the American people and by laying out the lessons Gottemoeller and her colleagues learned, this book will serve as an inspiration for the next generation of negotiators, as a road map for them as they learn and practice their trade, and as a blueprint to inform the shaping and ratification of future treaties.

Before joining Stanford Gottemoeller was the Deputy Secretary General of NATO from 2016 to 2019, where she helped to drive forward NATO’s adaptation to new security challenges in Europe and in the fight against terrorism. Prior to NATO, she served for nearly five years as the Under Secretary for Arms Control and International Security at the U.S. Department of State, advising the Secretary of State on arms control, nonproliferation and political-military affairs. While Assistant Secretary of State for Arms Control, Verification and Compliance in 2009 and 2010, she was the chief U.S. negotiator of the New Strategic Arms Reduction Treaty (New START) with the Russian Federation. Her experience is described in a memoir, Negotiating the New START Treaty, recently published by Cambria Press.

Prior to her government service, she was a senior associate with the Carnegie Endowment for International Peace, with joint appointments to the Nonproliferation and Russia programs. She served as the Director of the Carnegie Moscow Center from 2006 to 2008, and is currently a nonresident fellow in Carnegie’s Nuclear Policy Program. She is also a research fellow at the Hoover Institution. 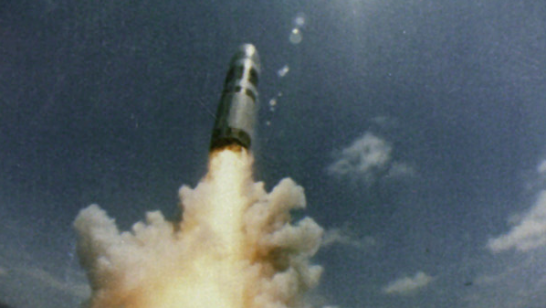