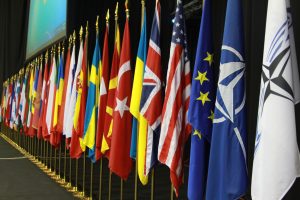 On 29 May 2016, ELN Research Director Lukasz Kulesa delivered a presentation on NATO’s deterrence and arms control agenda to the Science and Technology grouping of the NATO Parliamentary Assembly, which convened in Tirana for its Spring Session.

Speaking in a panel alongside Dr. Elbridge Colby from the Center for a New American Security, Lukasz Kulesa underlined the importance of utilizing arms control instruments to manage and de-escalate the confrontation with Russia. He also presented proposals for new arms control and confidence-building measures, including mechanisms to deal with the risks of unintended escalation following an incident or accident involving Russian and NATO forces.

Created in 1955, the NATO Parliamentary Assembly is a specialised forum for members of parliament from across the Alliance and for partners, created to discuss and influence decisions on Alliance security. It also facilitates parliamentary awareness and understanding of the key issues affecting the security of the Euro-Atlantic area, and supports national parliamentary oversight over defence and security.

ELN Director Sir Adam Thomson was interviewed by Sky News about NATO 2021 Summit. He spoke about the challenges and opportunities that Russia and China present. The video can be found here.

Karl-Heinz Kamp argues that the Wales Summit will mark the beginning of a fundamental reassessment of NATO’s role in protecting its members and remaining an important guarantor of stability on the international scene.

Is Europe Getting What It Pays For?

Ted Seay argues that EU and NATO members should decide whether US nuclear extended deterrence gurantees are worth what they are paying.