On Tuesday 9 August 2016 ELN Research Director Łukasz Kulesa took part in an informal plenary meeting of the Conference on Disarmament (CD), devoted to discussing the main international challenges to reaching progress in disarmament, primarily in the nuclear sphere.

The meeting, organised by the Polish Presidency of the CD included presentations by Dr. Togzhan Kassenova, an Associate in the Nuclear Policy Program of the Carnegie Endowment. This was followed by a discussion among the Member States.

Łukasz Kulesa drew particular attention to the polarisation of positions between two camps or ‘enclaves’ of like-minded countries: the countries supporting negotiations of a legal instrument banning nuclear weapons under the Humanitarian Initiative narrative, and those favouring continuation of the step-by-step or progressive approach. He mentioned also the recent negative security developments in a number of regions, including in Europe and Northeast Asia, which for a number of states provide justification for continued reliance on nuclear deterrence. Noting that the tensions between the two groups won’t be resolved soon, he suggested that both have a serious ‘homework’ to do: the Humanitarian Initiative will need to show that there is a realistic plan to address global and regional security challenges after the ban is in place, while the Progressive Group must demonstrate tangible movement along the already-outlined steps.

You can watch Łukasz’s presentation below:

The Geneva-based Conference on Disarmament (CD) was established in 1979 as the single multilateral disarmament negotiating forum of the international community. The terms of reference of the CD include practically all multilateral arms control and disarmament problems. The CD brings together 65 countries, but can invite other UN Member States to take part in its work. 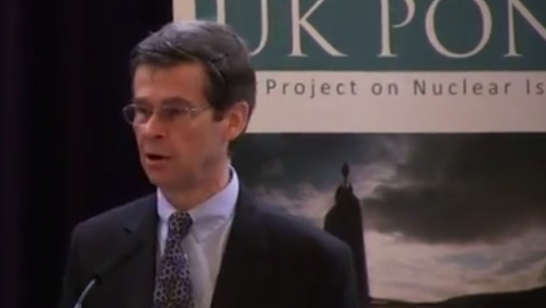