On Friday 14 June the ELN hosted a meeting of Balkan parliamentarians representing 12 countries at the UK House of Lords. This meeting launched an open-ended programme of work on Balkans security, with a focus on strengthening collaborative capacity among Balkans parliamentarians to address security matters.

Participants emphasised their interest in a comprehensive or full-spectrum approach to security – together with the desirability of greater inter-parliamentary cooperation. It was said that some of the most pressing issues today related to health security, food security, climate security, and the corrosive effects of illegal trade, as well as energy security and the cybersecurity of critical national infrastructure, not only the hard security issues that had traditionally dominated. The interrelatedness of these issues was explored, together with the need for greater co-ordination in addressing them.

It was emphasised that parliamentarians would benefit from greater and more up-to-date expertise to support them in working on security policy. Sometimes government plans were simply nodded through. There was a need for parliaments to play a greater role in scrutiny of security policy. Moreover, the complex nature of modern security challenges required a whole-of-society approach including partnerships and collaboration between government, parliament, civil society and the private sector.

Another theme of the discussion was the need for countries of the region to strengthen their cooperation, including on health security and food security. This was a necessary foundation for prosperity. Internationally the region would benefit if it were able to strengthen its reputation for cooperation and opportunity and move beyond perceptions of fragmentation and risk. It was essential to show a vision for a positive future for the Balkans or the region risked being left behind.

It was also noted that accession to the EU or to NATO required a commitment to cooperation and burden-sharing. In that regard, participants welcomed the news that emerged during the meeting that the Bulgarian parliament had decided to drop its opposition to North Macedonia’s EU accession.

Participants discussed relevant UK experiences, including the role of a variety of cross-party committees in providing oversight to security agencies. The experience of post-conflict reconciliation with Northern Ireland and Ireland was also discussed with some interest, as participants highlighted the need to understand history but not be trapped by it.

The meeting concluded with consensus around the need to continue the dialogue between the region’s parliamentarians – and to broaden participation to ensure all perspectives are heard equally, ensuring that participation in the ELN’s work continues to involve all parts of the region, a broad range of party allegiances, and pursuit of gender parity. 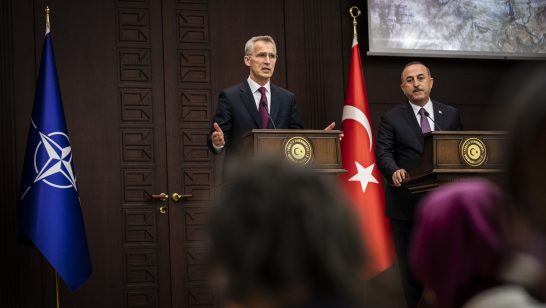 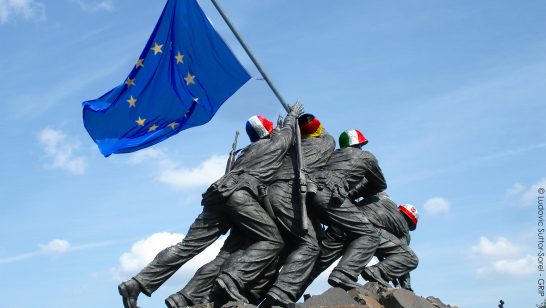 European Defence: Moving Beyond the State

A seven step rationale in support of a collective European defence project.