European Leadership Network, partner of the event, is pleased to invite you to the public debate on the future of the relations between Russia and the West on July 4. Please register here.

Experts in both Russia and the West agree that the level of contemporary misunderstanding of actions, intentions and aims in the relations between Russia and the West might lead to irreversible miscalculations and responses that will increase the chances of an undesirable escalation, significantly endangering global security. In other words, the increasing popularisation of understandings based on mutual mistrust and emotional responses might lead to devastating mistakes in decision-making processes on either side.

King’s Centre for Strategic Communications (KCSC) and the Gerda Henkel Foundation, in association with European Leadership Network (ELN), Centre of Military and Political Studies at Moscow State Institute of International Relations (MGIMO) and the International Centre for Counter-Terrorism – The Hague (ICCT), are pleased to invite you to explore the influence of trust and emotions on the future of the relations between Russia and the West.

Professor Sir Lawrence Freedman was the official historian of the Falklands Campaign, and a member of the official inquiry into Britain and the 2003 Iraq War (the Chilcot Inquiry).  He has written extensively on nuclear strategy and the Cold War, and comments regularly on contemporary security issues.  His most recent book, “Strategy” was a Financial Times and Economist book of the year; “A Choice of Enemies: America confronts the Middle East”  won the 2009 Lionel Gelber Prize and Duke of Wellington Medal for Military Literature.

Bolt convenes the MA in Strategic Communications at King’s College London, Department of War Studies. He lectures too on the Masters course Evolution of Insurgency, and the International Relations course Transnational Movements, Networks and Revolutionary Strategy. He also supervises PhD students.

He is a former television journalist-producer at the BBC, ITV, and CBC (Canada), specialising in the production of war zone documentaries covering conflicts in Africa, Latin America, the Middle East, and Indian subcontinent. He has worked on strategic communications campaigns with the British Labour Party, Amnesty International, and the African National Congress (ANC).

Professor Simon Koschut is a Visiting Professor in International Relations and European Integration at the Otto Suhr Institute at the Freie Universität Berlin, Germany. His research interests include Security Studies, Peace and Conflict Studies, and International Relations theory, regional security governance, social and normative dynamics of international politics, the affective underpinnings of power and language, and transatlantic relations. Currently, he leads a DFG research network on the emotional underpinnings of power and hierarchies in world politics and is a spokesperson of the DVPW theme group “Norm Research in IR”. Simon Koschut has held visiting positions at Harvard University’s Weatherhead Center for International Affairs, San Fransisco State University, and Freie Universität Berlin. In 2015, he won the Best Paper Award of the German International Relations Section.

Professor Andrey Pavlov is a professor at Saint Petersburg State University and the chair of Strategic and Arms Control Studies Master’s Program. His research interests include nuclear arms control, nuclear strategy, World War I military strategy, Russian national security policy. He is codirector of the Academic Network for European Security Studies and the “Nuclear Russia” project that includes researches from Russian academic institutions who are writing on different aspects of Russia’s nuclear strategy and policy.

Arctic: new conflict theatre between Russia and the West, or model of peace? 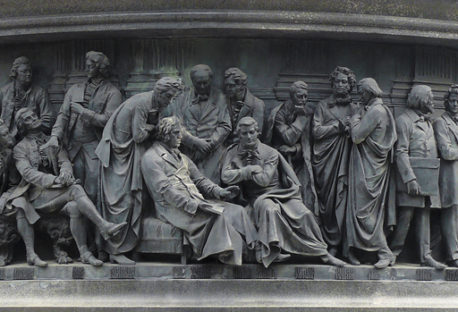