Group statement signed by over 70 members

Signed by over 70 European political, diplomatic and military leadership figures, this intervention calls the July 14th Iranian nuclear agreement a sound framework for ending the crisis and urges specific actions to implement the deal by the U.S. Congress, EU countries and Iran.

*********
Members of the European Leadership Network express support for the nuclear agreement with Iran, urge action by the U.S. Congress, EU countries and Iran

Welcoming the 14th July agreement between the E3/EU+3 group and Iran on the Joint Comprehensive Plan of Action (JCPOA), we urge all the parties to implement it in good faith and call on all European states and the wider international community to support it.

We believe that this agreement provides a sound framework for ending the crisis over the Iranian nuclear program and a foundation for re-integrating Iran into the international community. At the same time, the adoption of the document is just a first step in a process which must increase the level of the security of all countries in the Middle East, Europe and beyond.

We would like to congratulate the negotiators from the E3/EU+3 and Iran for their perseverance and ability to strike the necessary compromises, and applaud the political leaders of all the countries involved. We want also to highlight the constructive role the European Union’s High Representatives Catherine Ashton and Federica Mogherini played during the negotiations.

The imperative of stopping proliferation of nuclear weapons and strengthening the non-proliferation regime has been at the core of the Iran crisis. In our assessment, the agreement fulfils this goal for the following reasons:

We believe that there will also be broader benefits of the deal:

The agreement represents a high water mark of multilateral diplomacy and – as confirmed by a unanimous vote on the UN Security Council resolution – shows a high degree of cohesion in international community with regards to Iran and its expectation for Iran to comply with the agreed terms. If Tehran decides to renege on its commitments, it must face serious consequences and a resolute multilateral response. European countries and the EU should make this clear in their future dealings with Iran.

The deal does not give Tehran a carte blanche for extending its influence in the region, threatening Israel or continuing its support for extremist organisations. On these issues, our interests will continue to be at odds, although we hope that the JCPOA opens the way to discuss these wider foreign and security policy questions with Iran.

If we expect Iran to honour its commitment we must be ready to deliver on our part of the bargain.

We therefore call on the U.S. Congress to assess thoroughly and objectively the overall benefits and risks connected with the deal. We trust that our legislative colleagues will bear in mind the multilateral nature of the agreement, the value of sustaining the coalition for its implementation, and support for the deal expressed by the vast majority of the United States’ most loyal allies. We encourage the Members of Congress to give the agreement a chance to prove its usefulness. The effects of the JCPOA in terms of limiting Iran’s nuclear capabilities and increasing the monitoring and verification of Iran’s nuclear program will become clear early on.

We call on the EU countries to proceed with scaling down of the sanctions regime, both internally and at the UN level, as proscribed in the JCPOA. If we want this agreement to have a truly transformational effect, the EU should also swiftly move with a well-planned political and economic outreach to Iran. At the same time, we call on the EU to include the issue of the human rights situation in Iran as part of any intensified dialogue with Tehran.

Finally, we call on the Iranian Supreme Leader and Majlis to support the implementation of the agreement, which respects Iranian sensitivities and is consistent with its national interests, including security and economic development of the country. 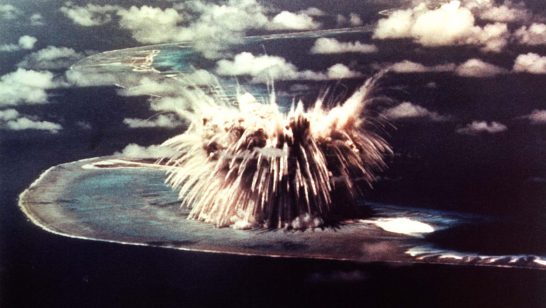 Mission Possible: Revisiting the No First Use of the nuclear weapon

Carlo Trezza argues it is time for the US to take up the policy of “no first use” of nuclear weapons, to show other nuclear states that this is both possible and desirable, and ultimately to reduce the risks of any nuclear confrontation.