Today—six months before the New Strategic Arms Reduction Treaty (New START) will expire if not extended—members of the Euro-Atlantic Security Leadership Group (EASLG) released a statement headlined “Advancing Strategic Stability and Reducing Nuclear Risks in the Euro-Atlantic Region.”  With an impressive group of 47 signatories from 16 countries across the Euro-Atlantic region, the statement fills an important space at a crucial moment—proposing that leaders of states with nuclear weapons should reinforce the principle that a nuclear war cannot be won and must never be fought, and that the United States and Russia should preserve and extend New START for five years. Together, these two steps would clearly communicate that despite current tensions, leaders recognize their responsibility to work together to reduce nuclear dangers and enhance strategic stability.

For decades, strategic stability between the United States, NATO and Russia included a mutual recognition of vital interests, redlines, and the means to reduce the risks of accidents or miscalculations leading to conflict, especially conflict resulting in the use of nuclear weapons. Today, however, clashing national interests, insufficient dialogue, eroding arms control structures, advanced missile systems, and new cyberweapons have destabilized the old equilibrium and are increasing nuclear risks. The COVID-19 pandemic has further underscored the fragility of existing international mechanisms for addressing transnational threats and the imperative for new cooperative approaches to effectively anticipate and deal with these threats.

Nations in the Euro-Atlantic region must engage in dialogue to manage crises responsibly and build the trust necessary to address major security challenges. Simply stated, we cannot have strategic stability without dialogue.

Sustained communication is essential for reaching mutual understandings on and maintaining strategic stability—the processes, mechanisms, and agreements that facilitate the peace-time management of strategic relationships and the avoidance of nuclear conflict, combined with the deployment of military forces in ways that minimize any incentive for nuclear first use.

Reducing and eliminating nuclear risks is an existential common interest for all nations and is essential for strategic stability. We have crossed over to a new nuclear era, where a fateful error triggered by an accident, miscalculation, or blunder is the most likely catalyst to a nuclear catastrophe. In the Euro-Atlantic region today, these risks are compounded by heightened tensions between NATO and Russia—with little communication between military and political leaders. In the absence of initiative, we will continue to drift down a path where nuclear weapons use becomes more probable.

Governments have a shared responsibility to work together to mitigate these risks. Two steps could be agreed this year to reduce nuclear dangers and enhance strategic stability:

First, leaders of states with nuclear weapons should reinforce the principle that a nuclear war cannot be won and must never be fought.

This principle—articulated at the height of the Cold War by leaders of the United States and the Soviet Union and embraced by all European countries—was an important building block to ending the Cold War. Today, it would clearly communicate that despite current tensions, leaders recognize their responsibility to work together to prevent nuclear catastrophe.Agreement on this key principle also could be a foundation for other practical steps to reduce the risk of nuclear use and avoid an arms race, and it would signal the commitment of the nuclear powers to build on past progress toward disarmament—a vital demonstration of leadership as the international community marks the 50th anniversary of the Nuclear Nonproliferation Treaty this year.

Second, the United States and Russia should preserve and extend the New Strategic Arms Reduction Treaty (New START), which is crucial to sustaining transparency, predictability and limits on their nuclear forces.

This is not just an issue between Washington and Moscow. The demise of the arms control architecture will dramatically increase nuclear risks for all Europeans and indeed the world—because the speed of advances in new technology and weapons demands that strategic stability be sought inclusively by countries beyond Russia and the United States. Nations in the Euro-Atlantic region have a shared interest in the full implementation of the U.S.-Russian 2010 New START Treaty with its limits and verification, and the mutual extension of that Treaty through 2026—with the possibility of new agreements and a future work plan that would make extension even more relevant going forward. It is critical that the United States and Russia extend New START this year before it expires in early 2021. This would demonstrate welcome progress looking toward a P-5 summit this fall and the Non-Proliferation Treaty review conference anticipated early next year.

In 2020, the EASLG will continue to provide a foundation for advocacy and analysis of steps toward improving security, and a forum for bringing together nongovernmental and governmental, as well as civilian and military, participants to advance strategic stability in the Euro-Atlantic region.

Des Browne, Wolfgang Ischinger, Igor Ivanov, Ernest J. Moniz, Sam Nunn, and their respective organizations—the European Leadership Network (ELN), the Munich Security Conference (MSC), the Russian International Affairs Council (RIAC), and the Nuclear Threat Initiative (NTI)—work with former and current officials and experts from a group of Euro-Atlantic states and the European Union to test ideas and develop proposals for improving security in areas of existential common interest. The EASLG operates as an independent and informal initiative, with participants who reflect the diversity of the Euro-Atlantic region from the United States, Canada, Russia, and 15 European countries.

Vice Chair, Nuclear Threat Initiative; Chair of the Board of Trustees and Directors of the European Leadership Network; and former Secretary of State for Defence, United Kingdom

Senior Advisor for Russia and Eurasia, Nuclear Threat Initiative; and former Special Assistant for Russia/NIS Programs to the Secretary of Energy, United States

Ukrainian Diplomat; former Political and EU Director of the Ministry of Foreign Affairs of Ukraine; and Senior Adviser at the International Center for Policy Studies in Kiev, Ukraine

Member of the Bundestag, Germany

Former Ambassador to the United States and Undersecretary of the Ministry of Foreign Affairs, Turkey

Director of Programs at the Russian International Affairs Council, Russia 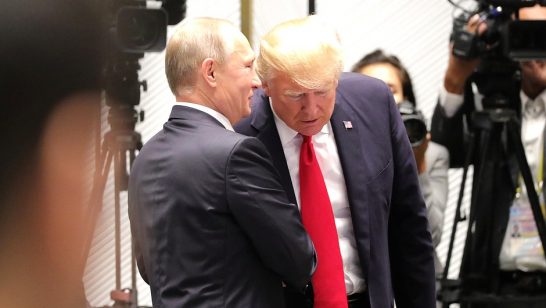 Will New START get a new lease of life?

It would be reckless to forego the benefits of New START for US and Euro-Atlantic security, when as a practical matter there is nothing more effective that could be negotiated and put in place before it expires.