ELN Policy Fellow Alice Billon-Galland gave an interview to the Dutch newspaper De Volkskrant about a possible European military operation in the Strait of Hormuz.

See below the article on the front page of De Volkskrant.

Read a translated excerpt of the article below:

Last week Chancellor Merkel announced that a European Hormuz mission will be on the agenda during informal EU consultations in Helsinki at the end of August. According to Alice Billon-Galland of the European Leadership Network think tank, France was enthusiastic about a European mission until it turned out that it would be impossible without American assistance. Billon: “France wanted to prevent the US from being involved in any way, so as not to jeopardize its own position as an honest broker in the nuclear agreement with Iran.”

A recent study by a German think tank on European options describes two options: an observer mission and a security operation. The mission would swallow up nearly a third of the European naval capacity. Billon: ‘This discussion is a reality check for European defense cooperation. Europe needs more resources to be able to carry out its own operations in the way Europeans want. “ 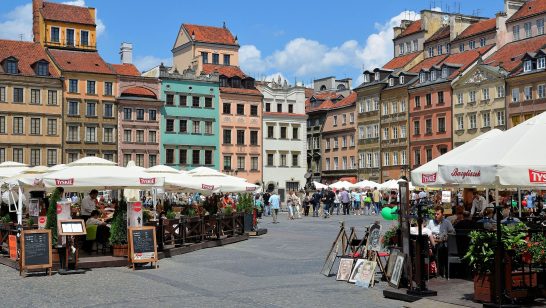