The YGLN publishes its first Annual Trend Survey for 2019

The ELN conducted the first of a series of annual trend surveys for the Younger Generation Leaders Network (YGLN). The 2019 report reflects upon the views of a number of YGLN respondents on the most challenging topics that are currently affecting Euro-Atlantic societies.

While there are diverging views on most of the themes, the key findings are:

The contribution by Pavel Kanevskiy and Juraj Nosál for the Heinrich Böll Foundation addresses the question of whether the OSCE can overcome internal and external challenges to regain its relevance as an actor which can shape the European security architecture. This piece kicks off a joint YGLN-HBF project on Euro-Atlantic security. Their article is the first of a collection of pieces which will be published on the HBF website.

How militarily willing and able is the EU? ELN Policy Fellow Alice Billon-Galland and ELN Senior Associate Fellow Nicholas Williams explore this pressing question, using the EU’s peacekeeping military operation EUFOR Althea in Bosnia and Herzegovina as an example where a common EU engagement highly depends on the British capabilities. Should the UK assets not be replaced by other actors, the EU risks of losing its image as a serious security provider in its neighbourhood. Looking beyond the revealing example of Althea, the authors argue that despite its ambitions, the EU still has a long way to go in developing a culture of military responsibility and in delivering its ambition of operational “strategic autonomy”

YGLN had its 9th Meeting in Berlin

Between 23 and 25 June, the YGLN convened its 9th meeting in Berlin, to discuss “What went wrong with Europe’s security – and how to fix it?”. 22 YGLN members from France, UK, Germany, Russia, US, Ukraine, Azerbaijan, Armenia, Belarus, Kazakhstan, Poland, Serbia and Moldova gathered at the Heinrich Böll Foundation. 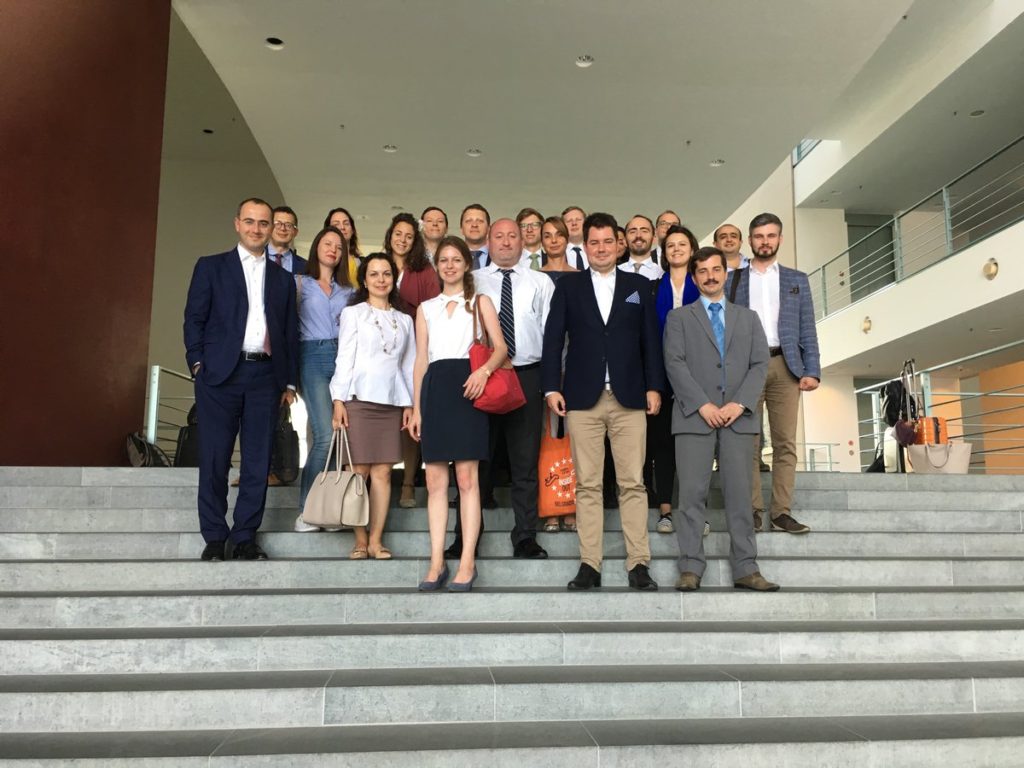 On May 21, the Russian International Affairs Council in cooperation with the Johns Hopkins University and the German Council on Foreign Relations (DGAP) hosted a seminar on “Scenarios for the Development of Russia-US-Western and Eastern Europe Relations”.

The seminar was attended by experts and officials from the EU, United States, Russia, Moldova and Belarus. A considerable number of YGLN members participated in the event, including Vladislav Kulminski, Pavel Kanevskiy, Natalia Viakhireva and Yauheni Preiherman.

Read RIAC’s report on the event (in Russian) here

IISS and ELN have just published a joint policy paper on PESCO (Are PESCO projects fit for purpose?), written by YGLN member and ELN Policy Fellow Alice Billon-Galland, jointly with IISS Research Analyst Yvonni-Stefania Efstathiou.The paper looks at the actual outcome of the PESCO initiative, which was hailed by its proponents as a breakthrough for European defence, while ist was met by others with widespread scepticism. The authors provide a comprehensive analysis of the initiative as well as policy recommendations. They come to the conclusion that although PESCO is not yet in a shape to make a significant impact on meeting the EU’s requirements, it has the potential to become a meaningful framework for European defence procurement, if Member States prove to be able in the future to overcome political and industrial hurdles.

Dr. Alexandra Bell, Senior Policy Director of the Center for Arms Control and Non-Proliferation, spoke on the Non-Proliferation Treaty (NPT) and nuclear disarmament at the House of Lords on Wednesday, 20 February 2019. Among the topics discussed in the session were the future of INF treaty 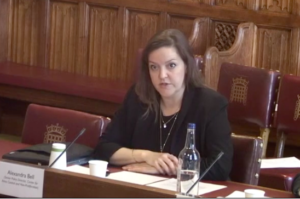 and prospects for the 2020 NPT Review Conference, including the United States’ CCND (Creating the Conditions for Nuclear Disarmament) initiative and a possible ratification of the US Senate of protocols to three Nuclear Weapons Free Zones. On the US position towards arms control, Alex stated that “I don’t like to think of our current state so much as a decline but a transformation of how we’re going to have to deal with arms control and non-proliferation in the future”.
Alex is a well-known nuclear expert and regular comments in the media. She has been selected a Munich Young Leader by the Munich Security Conference in 2017.
The full session is reproduced here.

Sophia Besch speaks at side event at the Munich Security Conference 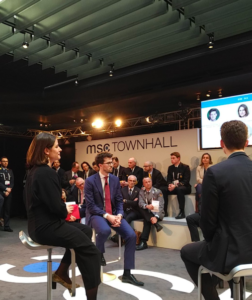 YGLN member Sophia Besch from the London-based Centre for European Reform (CER) participated in the 2019 Munich Security Conference (MSC) to discuss, along with other emerging leaders and young professionals, during a side event at the annual gathering in the hotel Bayerischer Hof, the future role of Europe in the world. She was joined on the panel by representatives of the Progressives Zentrum, the University of Bonn and the Atlantic Council. The event was jointly organized by the Policy Department at the Federal Ministry of Defence and Bundeswehr University Munich’s pilot project “Metis”.

The prestigious MSC takes place every year in Munich and is attended by senior decision-makers, heads of states and governments, foreign and defence ministers, heads of international organizations, and leading figures from the corporate sector.

Mikayel Zolyan gets appointed deputy of the Armenian National Assembly 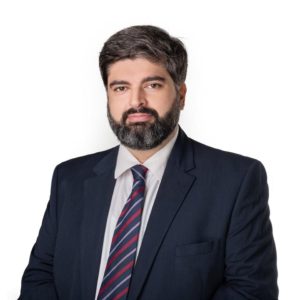 YGLN member Mikayel Zolyan, PhD, historian, political analyst and regular commentator on Armenian politics in the media, has been elected among the deputies of the Parliament in Yerevan, following national elections in December 2018. Mikayel represents the My Step Alliance party, which now holds 88 out of 132 seats in the National Assembly. The YGLN congratulates Mikayel on his tremendous success and wishes him all the best for his emerging political career!

Rachel S. Salzman publishes book on Russia, BRICS, and the Disruption of the Global Order

April 2019
Rachel Salzman, a longstanding YGLN member from the United States, recently announced the publication of her first book in April 2019, which reflects on why Russia broke with the West, how BRICS came together, why the group is emblematic of Russia’s challenge to the existing global order, and how BRICS has changed since its debut.

Rachel is a visiting scholar in the Department of European and Eurasian Studies at the Johns Hopkins School of Advanced International Studies.

Her book can be ordered from April 2019 at Georgetown University Press.