Dr. Alexander Graef joined the IFSH as part of the project Arms Control and Emerging Technologies Research in March 2019. He holds a BA in Cultural Studies from the European-University Viadrina and an MA in International Relations from the Free University Berlin and the Moscow State Institute of International Relations (MGIMO). His PhD thesis (2019) at the University of St. Gallen explored Russian experts and think tanks in the field of foreign and security policy. In 2017-2018 Alexander Graef was a Doc.Mobility fellow of the Swiss National Science Foundation at the National Research University Higher School of Economics in Moscow. He is part of the FLEET-network of young experts specialising in security and cooperation in wider Europe, which was founded by the Regional Office of the Friedrich Ebert Foundation (ROCPE) in Vienna.

Dr. Graef’s research focuses on conventional arms control in Europe. He is particularly interested in Russian foreign and military policy, the sociology of international relations and the role of (defense) intellectuals, experts and think tanks in public debate and policy formation. Methodologically, he applies different approaches to social network and discourse analysis. In his current policy work, he analyses the perspectives for confidence and security building measures in the Baltic and Black Sea regions and the developments within the Russian military and defense industry. 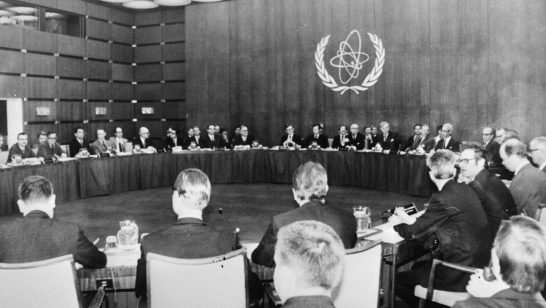 Lessons from the past: Arms control in uncooperative times

Dr Alexander Graef and Tim Thies look at what kind of arms control might be feasible in the context of evolving multipolar strategic rivalry by drawing on lessons from the past. They argue that the US and NATO allies should pursue limited yet necessary arms control measures that enhance their security.