Eva Pejsova is a Paris-based political analyst and commentator, specialising in security in Asia, maritime security and EU -Asia relations. She is currently affiliated with the French Foundation for Strategic Research (FRS) and Senior Advisor of the Asia Pacific Research and Advice Network (#APRAN), an internal advisory body to the European External Action Service.

Until August 2019, she has been in charge of the Asia portfolio at the EU Institute for Security Studies (EUISS) until August 2019, supporting the EU’s foreign and security policy agenda in Asia and managing the European membership at the Council for Security Cooperation in the Asia-Pacific (CSCAP). She holds a PhD in Strategic Studies from the S. Rajaratnam School of International Studies (RSIS) in Singapore and has previously worked with the Czech Ministry of Foreign Affairs, the French Prime Minister’s Office, the OECD and the Asia-Europe Foundation (ASEF).

Dr Pejsova regularly lectures at SciencesPo Paris, the Geneva Centre for Security Studies (GCSP), the European Security and Defence College (ESDC) and briefs EU policymakers and the Members of European Parliament. Her research interests focus on the broader strategic dynamic within the Indo-Pacific region, including regional cooperative mechanisms, traditional and non-traditional maritime security challenges, good governance and environmental security, as well as on the role of the EU as a security actor and provider. 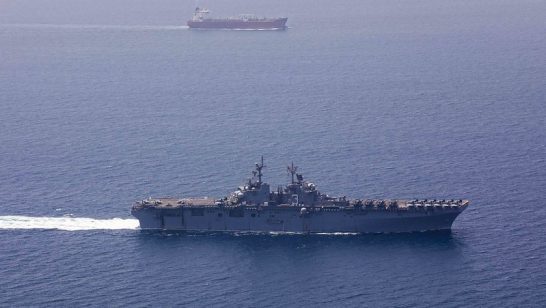 The European maritime surveillance mission is now finally operational in the Persian Gulf. While its goal is to contribute to the safety and freedom of navigation in the busy international chokepoint, the initiative is also an example of how internal institutional challenges can be overcome by pragmatism and creativity.