Between 2001 and 2006, he has been working in Belgrade (Serbia) and Sarajevo (Bosnia-Herzegovina) for the European Centre for Minority Issues. Florian Bieber is also a Visiting Professor at the Nationalism Studies Program at Central European University and taught at the University of Bologna and the University of Sarajevo. In 2010, he has been a Visiting Fellow at the London School of Economics and in 2009 he held the Luigi Einaudi Chair at Cornell University, USA.

His research interests include democratization, institutional design in multiethnic states, nationalism and ethnic conflict, as well as the political systems of South-eastern Europe. He published articles on institutional design, nationalism and politics in South-eastern Europe in Europe-Asia Studies, Nationalities Papers, Third World Quarterly, Current History, International Peacekeeping, Ethnopolitcs and other journals. He is the author of Nationalism in Serbia from the Death of Tito to the Fall of Milošević (Münster: Lit Verlag, 2005, in German) and Post-War Bosnia: Ethnic Structure, Inequality and Governance of the Public Sector (London: Palgrave, 2006) and edited and co-edited several books on South-eastern Europe, including most recently Debating the End of Yugoslavia (Aldershot: Ashgate, 2014) with Armina Galijaš and Rory Archer and Universities and Elite Formation in Central, Eastern and South Eastern Europe (Vienna: Lit Verlag, 2015), with Harald Heppner. He is the editor of Contemporary Southeastern Europe and also the coordinator of the Balkans in Europe Policy Advisory Group. 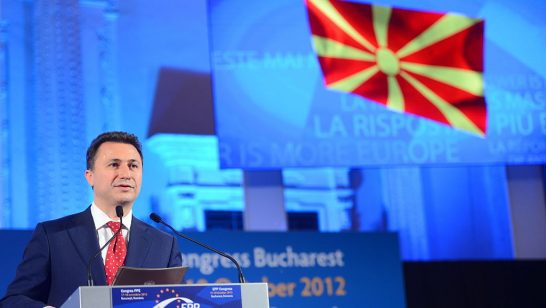 Macedonia’s Gruevski does not deserve any more chances

Florian Bieber and Anastas Vangeli argue that Macedonian Premier Nikola Gruevski’s government has lost all legitimacy in the wake of excessive scandals. EU mediators in the country should now focus on facilitating a transition of power.