Iren is a PhD Candidate in Political Science at Colorado State University. Her research focuses on security and foreign policy of the European Union, as well as geopolitics more broadly. She is currently studying the relational dynamics in the formation of the foreign policy ambitions of the European Union, with a focus on its leadership on climate issues. Some of her other projects have explored the EU as a global and regional player vis-a-vis traditional great powers like the United States, Russia, and China, and the contemporary dynamics of Sino-American relations in comparison to the original Cold War.
Iren is currently part of a research team at Colorado State University working on a project funded by the Carnegie Corporation of New York and studying the effects and opportunity cost of US foreign policy on local communities in the United States. 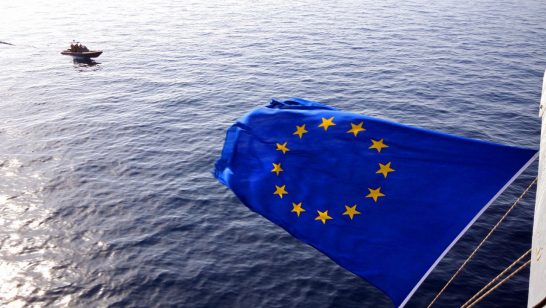 Europe’s security and defence hour is here, and the longevity of the European Union depends on it

Following Russia’s military action, the United States will sooner or later turn back to its “Pivot to Asia” due to China’s challenge to its global primacy, leaving the EU to deal with Russia relatively alone. The EU finds itself at a turning point in its history where it needs to take decisive steps towards building a comprehensive security and defence strategy, writes Iren Marinova.