Ms. Izumi Nakamitsu assumed her position as Under-Secretary-General and High Representative for Disarmament Affairs on 1 May 2017. Prior to taking on this post, she served as Assistant Administrator of the Crisis Response Unit at the United Nations Development Programme since 2014.

She has many years of experience within and outside the UN system, most recently as Special Adviser Ad Interim on Follow-up to the Summit on Addressing Large Movements of Refugees and Migrants between 2016 and 2017. She was previously Director of the Asia and the Middle East Division of the UN Department of Peacekeeping Operations between 2012 and 2014, and Director of the Department’s Division of Policy, Evaluation and Training, from 2008 to 2012.

Born in 1963, Ms. Nakamitsu holds a Master of Science degree in Foreign Service from Georgetown University in Washington, D.C., and a Bachelor of Law degree from Waseda University in Tokyo.

She is married and has two daughters. 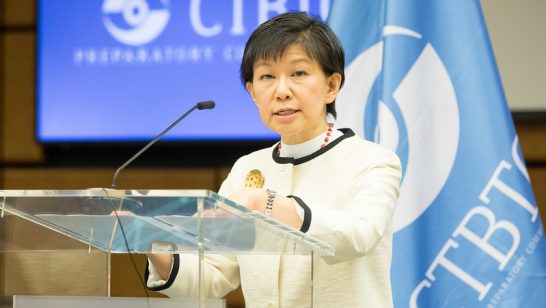 The UN’s High Representative for Disarmament Affairs speaks to the ELN about why women need to be represented in disarmament, the need for youth engagement and her advice for women setting out to work in this field.