Prior to joining the ELN, Julia was a research assistant with the German Institute for International and Security Affairs (SWP) in Berlin until 2018 and a project assistant in the organisational team of the Munich Security Conference (MSC) until 2017. Previously, she worked for the Heinrich Böll Foundation offices in Berlin and Brussels, the German Institute for Global and Area Studies (GIGA) and at the Institute of Educational Sciences at the University of the Federal Armed Forces in Hamburg.

She is a Vice-chair of the YGLN and a member of the Réseau Nucléaire et Stratégie – Nouvelle Génération (RNS-NG, promo 2017/18). Julia served as a member of the German board of the International Campaign to Abolish Nuclear Weapons (ICAN) until 2016.

To learn more about Julia’s work experience and publications, go to www.juliaberghofer.com. 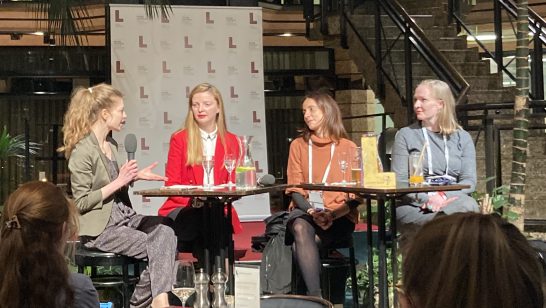 On International Women’s Day 2022, the ELN is proud to showcase some of the brilliant women in our network. Watch Nathalie Tocci, Marietje Schaake, Nana Kalandarishvili and Julia Berghofer discuss leadership, diversity, and more.