Stanislav Pritchin joined the Center for Caucasian and Central Asian Studies at the Institute of Oriental Studies of Russian Academy of Science in 2010. Pritchin’s focus at the institute includes political and economic development, internal political processes in Iran, Azerbaijan and the countries of Central Asia; the relations of the CIS countries with Russia, the USA, China etс; energy policy in the Eurasian region; and Caspian Sea legal status negotiations.

Pritchin received his PhD from the insitute in 2012, the theme of his thesis was “The International Legal Status of the Caspian Sea and Strategic Interests of the Russian Federation in the Region in 1991-2011.

Since April 2015 Stanislav has regularly taken part in the OSCE Office for Democratic Institutions and Human Rights’ International missions as an election observer. He has experience in reading lectures as an invited lecturer for students of the Azerbaijan Diplomatic Academy (Baku), Tehran State University, Allameh Tabayaba’i University (Tehran), Kyrgyz-Russian Slavic University (Bishkek). Stanislav is also a supervisor of workshops, science editor of research papers for The Alexander Gorchakov Public Diplomacy Fund, and the Russian International Affairs Council.

Since June 2013 Stanislav has been an executive partner of the Expert Centre for Eurasian Development (ECED), an independent and consulting group of experts based in Moscow. ECED, in cooperation with regional experts, conducts research work on several related topics such as the political situation, threats and challenges for Central Asia and the South Caucuses, energy policy in Eurasia, integration processes in the region, and Caspian Sea legal status negotiations.

Previously, Stanislav had worked as a correspondent and an observer of several Russian newspapers, magazines and online media. 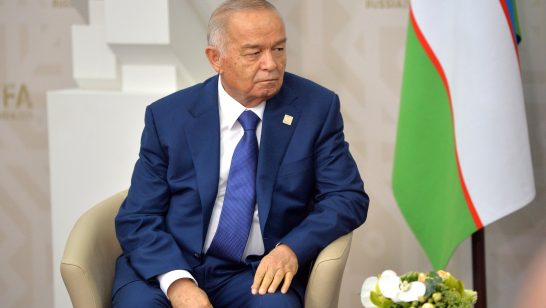 A smooth transition? Uzbekistan without Karimov

Stanislav Pritchin of the Russian Academy of Sciences identifies Islam Karimov’s most likely successor and their route to power.