Ambassador (R) Tacan Ildem, a member of NATO Experts Group that presented a report entitled “NATO 2030: United for a New Era”, is a senior Turkish diplomat.

Throughout his distinguished diplomatic career (1978 – 2021), Tacan held several high-level bilateral and multilateral positions, including NATO Assistant Secretary-General from 2016 to 2020. He served as the Turkish Ambassador to the Netherlands and Permanent Representative to NATO and the OSCE. He also served as Director-General for International Security Affairs at the Ministry of Foreign Affairs and Chief of Cabinet, Principal Foreign Policy Advisor and Spokesperson of the President of the Republic. His postings abroad have included Embassies in Washington DC, Athens and New Delhi.

Ambassador Ildem is a graduate of Ankara University Faculty of Political Science. He is a recipient of the Decoration of Grand Officer of the Order of the Star of Italian Solidarity and the Medal of Gratitude of Albania. 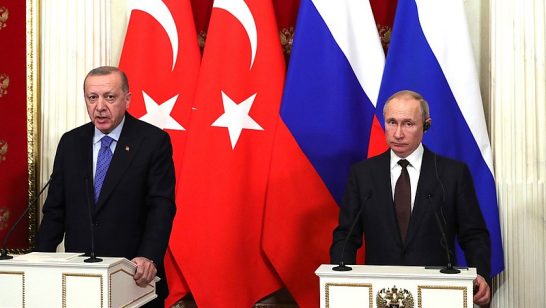 In some western circles, there has been a question mark over Turkey’s position on Russia’s war in Ukraine, writes Ambassador Tacan Ildem. Here he outlines the long history of Turkish-Russian relations, and how Turkey’s policy on Ukraine today is a balancing act informed by the geopolitics of the region.