Ambassador Ischinger served as Chairman of the Munich Security Conference (MSC) from 2008 through to 2022 and is currently President of the Foundation Council, Munich Security Conference Foundation. He teaches at the Hertie School of Governance in Berlin as Senior Professor for Security Policy and Diplomatic Practice. He advises the private sector, governments, and international organisations on strategic issues. He has publishes widely on foreign, security and defence policy issues.

Ambassador Ischinger joined the German Foreign Service in 1975, followed by a distinguished diplomatic career. From 2006 to 2008, he was the Federal Republic of Germany’s Ambassador in London and from 2001 to 2006 in Washington, DC. He served as Deputy Foreign Minister (State Secretary) of Germany from 1998 to 2001, and as Political Director of the Foreign Ministry from 1996 to 1998.

In 2007, he represented the European Union in the Troika negotiations on the future of Kosovo. In 2014, he served as the Special Representative of the OSCE Chairman-In-Office in the Ukraine crisis. In 2015, he chaired the PSCE “Eminent Persons Panel on European Security”, mandated to offer recommendation on how to build a more resilient European security architecture.

From 2008 to 2014, he was also Global Head of Government Relations at Allianz SE, Munich.

Wolfgang Ischinger studied law at the universities of Bonn and Geneva and obtained his law degree in 1972. He did graduate and postgraduate work at the Fletcher School of Law and Diplomacy and at Harvard Law School, Cambridge/USA.

Ambassador Ischinger is a member of the Advisory Board for the European Leadership Network (ELN).

Network reflections: What does good leadership mean to you, and who has inspired you?

As part of a series of reflections on our tenth anniversary, network members share their views on what makes good leadership. 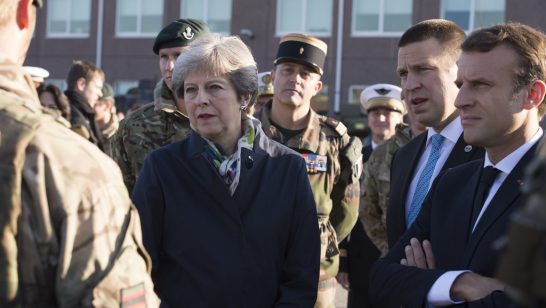