Since the Russian annexation of Crimea, the intensity and gravity of incidents involving Russian and Western militaries and security agencies has visibly increased. This ELN Policy Brief provides details of almost 40 specific incidents that have occurred over the last eight months (an interactive map is available here). These events add up to a highly disturbing picture of violations of national airspace, emergency scrambles, narrowly avoided mid-air collisions, close encounters at sea, simulated attack runs and other dangerous actions happening on a regular basis over a very wide geographical area.

Apart from routine or near-routine encounters, the Brief identifies 11 serious incidents of a more aggressive or unusually provocative nature, bringing a higher level risk of escalation. These include harassment of reconnaissance planes, close overflights over warships, and Russian ‘mock bombing raid’ missions. It also singles out 3 high risk incidents which in our view carried a high probability of causing casualties or a direct military confrontation: a narrowly avoided collision between a civilian airliner and Russian surveillance plane, abduction of an Estonian intelligence officer, and a large-scale Swedish ‘submarine hunt’.

Even though direct military confrontation has been avoided so far, the mix of more aggressive Russian posturing and the readiness of Western forces to show resolve increases the risk of unintended escalation and the danger of losing control over events.

1. The Russian leadership should urgently re-evaluate the costs and risks of continuing its more assertive military posture, and Western diplomacy should be aimed at persuading Russia to move in this direction.

2. All sides should exercise military and political restraint.

3. All sides must improve military-to-military communication and transparency.

To perpetuate a volatile stand-off between a nuclear armed state and a nuclear armed alliance and its partners in the circumstances described in this paper is risky at best. It could prove catastrophic at worst.

The ELN has now updated its interactive map detailing encounters between Russian and Western militaries, bringing the total number of incidents documented to 52. 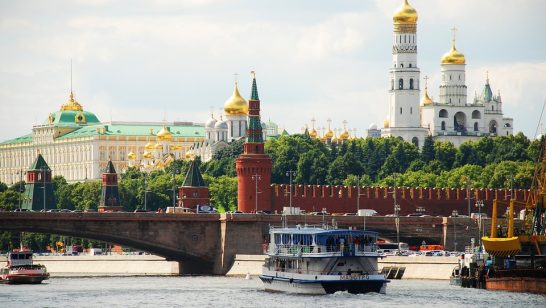