The demise of the Intermediate- Range Nuclear (INF) Treaty has been a severe blow to already fragile relations between Russia  and the West, posing a challenge  to the maintenance of security and stability in the Euro-Atlantic area. It also represents a further setback for arms control. Although the Treaty’s focus  was nuclear forces, its demise has inevitably served to  draw attention to the unsatisfactory situation in conventional forces where the first spark of miscalculation and consequent conflict would most  likely occur.

Hopes of maintaining a degree of control and restraint in the continuing development of armed forces are rapidly fading, just as the Russia-NATO confrontation  is intensifying. In such a volatile and ever-changing political and military environment, what measures can be taken to restore a degree of order, certainty and stability to the Europe-Atlantic area?

This paper is conceived as “food for thought”: a contribution to the ongoing debate on modernising conventional arms control which is being conducted in Vienna under the auspices of the Organisation for Security and Cooperation in  Europe (OSCE). It proposes twelve innovative measures to reverse the negative trend of increased military confrontation, looking in detail at the most immediately worrying situation in the Baltic area. The paper argues that there is now an urgent imperative for both NATO and Russia to accept both increasingly restrictive measures on military flexibility and improvements in military transparency. It also addresses the question of implementation of the necessary measures. 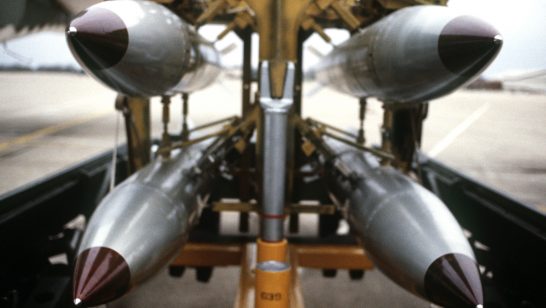