The first two sections of the paper provide an overview of the context in which the Chicago Summit took place, including the strategic realities and requirements that the DDPR needed to consider. Noting the window of opportunity the DDPR offered in relation to re-thinking NATO’s capability requirements the subsequent sections of the paper discuss concrete steps that could and, in the view of the authors, should have been taken to allow for a more progressive NATO nuclear policy position and a strengthening of the NATO-Russia relationship.

The paper goes on to call on Central and Eastern European states to reconsider their positions with regard to nuclear policy, and uses the hypothetical scenario of a nuclear terrorist attack on the United States to expose the ways in which nuclear threats, beyond those emanating from Russian non-strategic nuclear weapons, could threaten the core national security interests of those in the region. 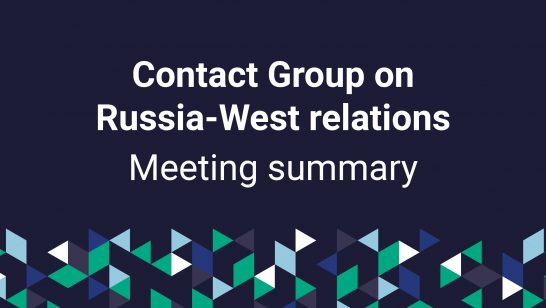 Contact Group on Russia-West Relations: What should the NATO summit do and what will it do in the context of the Russia/Ukraine crisis?

On 23 June 2022, the European Leadership Network (ELN) convened the Contact Group on Russia-West relations via Zoom to discuss the upcoming NATO summit in Madrid and what it would focus on with regard to the conflict in Ukraine. Russian and European Contact Group members shared their views on...

Cornelius Adebahr argues for a long-term and unified European response to Russia’s aggression.