Russia began its campaign against Ukraine out of fear that Kiev was opting out of Russia’s plans for Eurasian regional integration in favour of a European future. The fate of Ukraine still hangs in the balance, but meanwhile Russia, along with Belarus, Kazakhstan and Armenia, formed the Eurasian Economic Union (EEU) in January 2015.

From an economic perspective, the Ukraine crisis has led to reassessment amongst EEU members regarding closer ties with Moscow. Economic sanctions imposed on Russia, as well as the fall in global oil prices, has led to a ruble crisis that has shown the risks of close economic ties with Russia. All three of Moscow’s EEU partners have been impacted by the collapse in the value of Russia’s currency. In Armenia, the brutal murder of a family by an off-duty Russian soldier have brought out anti-Russian sentiments, calling into question even Yerevan’s once steadfast support of the Eurasian Economic Union. There is also unease across the EEU, in Minsk and Astana in particular, about the political threat posed by the Kremlim, as exemplified perfectly in the latter’s action in Ukraine. These concerns, both economic and political, have led to disunity and reticence in the EEU.

The Russian government in particular has made clear that it hopes the European Union engages with the the EEU and, in the words of Russian Foreign Minister Lavrov, see the EEU as “a serious element of a bridge between Europe and the Asia-Pacific Region.” This brief points out that China, the assumed other side of this “bridge” is unlikely to be a steadfast supporter. Officials in Beijing, while supportive of Russia generally, have their own interests in Central Asia, which wont necessarily be harmed should the EEU fail to develop.

This policy brief concludes that while engagement with the EEU could help develop Russia-West dialogue beyond the current post-Cold War institutions, which have been proved unable to prevent tension, the cost of doing business with the EEU at the current time is simplty too high. Any engagement between the EU and the EEU cannot begin until there has been a satisfactory resolution of the Ukraine crisis, and even then, Ukraine is only the most pressing obstacle blocking extensive cooperation between the EU and EEU. 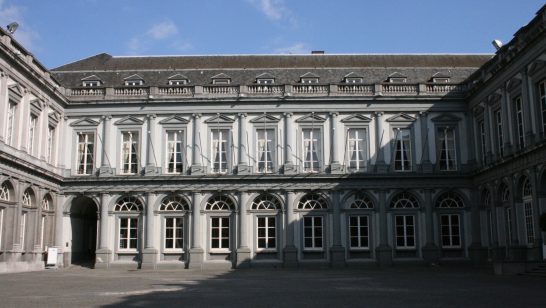 On 21st-22nd September the ELN, in conjunction with Egmont and NATO’s Public Diplomacy Division, hosted in Brussels a private workshop on managing hazardous incidents in the Euro-Atlantic area.

Leading up to and following the 2016 NATO Summit in Warsaw the European Leadership Network commissioned several expert commentaries on the most pressing issues facing NATO and its partners.

To support Ukraine against Russian aggression and deter further escalation, NATO and the EU should look to World War II history and borrow a page from President Franklin D. Roosevelt.