The ELN conducted the first of a series of annual trend surveys for the Younger Generation Leaders Network (YGLN). The 2019 report reflects upon the views of a number of YGLN respondents on the most challenging topics that are currently affecting Euro-Atlantic societies.

While there are diverging views on most of the themes, the key findings are:

Belarus can help Europe to stop procrastinating on risk-reduction

Little can be done at the moment to resolve fully grown differences between major international actors, but a number of measures could be adopted to reduce unnecessary military risk. 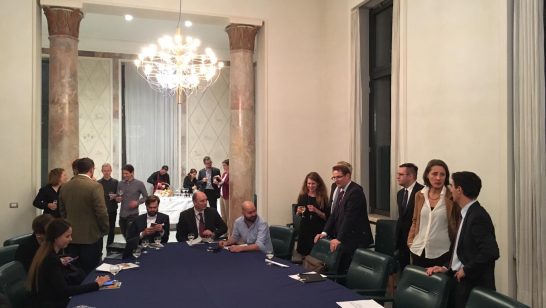 The Heinrich Böll Foundation in cooperation with the Younger Generation Leaders Network (YGLN) organised a night owl session on nuclear risks at the Italian Embassy in Berlin.