Germany’s federal election – which took place on 26th September – was tight, but one thing is for sure: the country is set for weeks or even months of protracted coalition talks. While most Germans will continue to worry about domestic issues, those looking at Europe’s largest economy from the outside yearn for signs of increased commitment to enhance international security. The Green Party, set to enter government after finishing in third place, are likely to claim the Foreign Office. Being principled and ready to show toughness towards autocrats, the Greens could shape the overhaul of Germany’s security and defence policy if they reconcile values with ambition.

A comprehensive concept of security

As the party will continue to view the use of military force as ultima ratio, a Green Foreign Minister would emphasise human security, conflict prevention and management before anything else. What might relieve non-German observers is that the German Greens tend to avoid the term ‘defence policy’ and label everything related to it as ‘peace and security policy’, even if it contains hard security matters. For example, the Greens state in their election program that they want to better equip the Bundeswehr, see NATO as indispensable  (despite their criticism of what they believe is an arbitrary 2% goal), and support increased defence cooperation in the EU.

The fact that the party’s traditional core issues have gained momentum internationally will make it easier to sell these as key security questions domestically and among Germany’s partners. Tackling climate change and its destabilizing implications is regularly addressed by the United Nations Security Council. Women’s empowerment, in the form of a feminist foreign policy, no longer represents a utopian idea, but has been adopted by Sweden, Canada, France and Mexico. It has become widely recognised that female emancipation is key for a country’s stability. The German Greens will surely make climate and security as well as women’s empowerment fundamental components of their foreign and security policy.

Scope and limits of a Green Foreign Ministry

During the election campaign, Annalena Baerbock announced she would adopt dialogue and toughness when it comes to autocratic contenders, especially China and Russia. On the former, the next government will undoubtedly take a more assertive stance, but Germany is not prepared to step up its game in the Indo-Pacific. As a result, security topics will be limited to 5G and investments in new technologies, reducing a Green Foreign Minister’s influence on the matter. The Kremlin, however, promises to become a bigger issue. The Greens continue to oppose Nord Stream 2, and their election program states that sanctions might have to be tightened if necessary and denounces Moscow´s hybrid actions to destabilise the EU.

Several limits would hinder the Greens from changing the present security and defence policy too much. As they would be a junior coalition partner, the fact that the chancellery under Angela Merkel increasingly took on tasks of the Foreign Office could mean that her successor might try to follow her example. A social democratic Chancellor might also prevent a tougher stance on Russia. Green security policy could also be limited due to differences with the Ministry of Defence, a relationship that experienced difficult moments in the past.

How to impress Russia and NATO Allies

One significant improvement the Greens could bring about is to follow a more coherent stick and carrot approach to appease Russia. As the election program proposes that NATO should no longer pursue its first strike/pre-emptive nuclear strike doctrine and US nuclear weapons should be removed from Germany after close consultations with NATO partners, a Green Foreign Minister should engage Russia by reviving the Conference on Confidence- and Security-Building Measures and Disarmament in Europe that took place from 1984 – 1986. This could also eventually rejuvenate the OSCE and arms control.

If the Greens want to impress Russia with a more modern show of force than Cold War-style deterrence, they need to make sure Germany breathes new life into the Transatlantic Alliance. While Germany used to be the second-largest troop contributor in the Afghanistan mission, it can now no longer offset the fact that it is far from reaching the 2% goal and should step up its game within NATO. Germany should therefore actively contribute constructive ideas to the Alliance’s new Strategic Concept due to be published by mid-2022. More concretely, Germany could shape the development of the planned DARPA style Defence Innovation Accelerator, support the planned venture capital fund, and take on the challenging task of leading negotiations among Allies to agree on standards for emerging and disruptive technologies. In turn, this enlarged German engagement could counter the detrimental US efforts to make NATO obsessed with China. Berlin should group together with like-minded NATO Allies who believe that Beijing does not represent an imminent security threat and are convinced that the Alliance should maintain the clear regional focus enshrined in its name.

On NATO and the EU’s Common Security and Defence policy, the Greens need to repair the damage resulting from the AUKUS deal that has undermined not only French, but EU trust in Washington’s reliability. Berlin should quickly make up its mind on how to steer Macron’s ideas on European autonomy in the right direction. It would be disastrous for Germany if, after Nord Stream 2, it again risks antagonising those EU Member States who seem only to trust NATO – namely, the US – on defence issues. The next German government needs to credibly support what President Biden and Macron finally appear to agree on: the importance of a stronger EU defence that contributes to NATO. The Greens will have to signal that they are more willing than during opposition times to deploy the Bundeswehr in Europe’s vicinity if EU interests are at stake and invest more in common defence capabilities. The fact that the Greens have always underlined the importance of human rights, also with regard to the Bundeswehr’s missions, gives room for hope that they will not lose faith in state-building, but learn from the mistakes made in Afghanistan.

If the Greens want to fix the deficiencies of the last governments and make German security and defence policy more credible, they need to show more ambition. Paul von Salisch

If the Greens want to fix the deficiencies of the last governments and make German security and defence policy more credible, they need to show more ambition. While some of their high moral standards will prove helpful in developing a more forceful security policy, others will not. After being an opposition party for more than 15 years, some German Greens will have a hard time giving up their aversion to using hard power. But if they succeed, Germany’s partners will be able to appreciate a more principled and uncompromising German approach to security and defence. 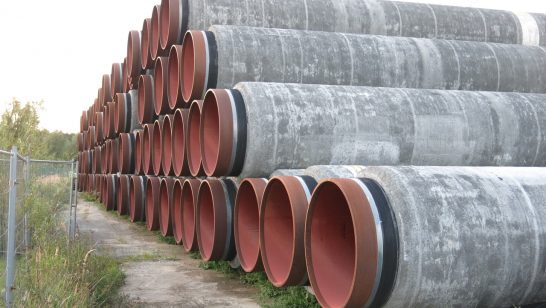 Nord Stream 2: Why the US-German agreement is the right way forward

Stopping the construction of the pipeline at this late stage would have destroyed one of the last bridges to Russia. Both sides can benefit from the completion of Nord Stream 2, argues Nils Schmid.

President Macron’s speech in February on nuclear deterrence created a new door for a possible nuclear dialogue with European partners. The key to that door most likely lies in Berlin, but no one there seems inclined to pick it up.