On December 15th, the ELN, in cooperation with the Polish Institute for International Affairs (PISM), will host a high level symposium in Warsaw examining attitudes in European NATO countries to the NATO Deterrence and Defence Posture Review (DDPR). Topics for discussion will include approaches to re-invigorating the NATO-Russia conversation, Ballistic Missile Defence, and policy options for reducing the number and role of non-strategic nuclear weapons stationed in Europe including in Russia. With ELN members Jan Kavan (former Deputy Prime Minister, Czech Republic) and Lord Browne of Ladyton (former UK Defence Secretary) hosting the event with Marcin Zaborowski (Director of PISM), the symposium will provide an opportunity for both political leaders and analysts to engage with these issues and develop possible solutions to address the more difficult areas within NATO-Russia relationship. The symposium will be preceded the evening before by a private dinner of senior east and central European political leaders who will come together to discuss similar issues and the role of the ELN in addressing them.

Will the crisis be a wake-up call to reform the Russian economy?

Chris Weafer observes that the uniformly negative analysis of Russia’s economic prospects in 2015 obscure a crucial aspect, that the Russian economy may be forced into reforms that will improve growth in the long-term. 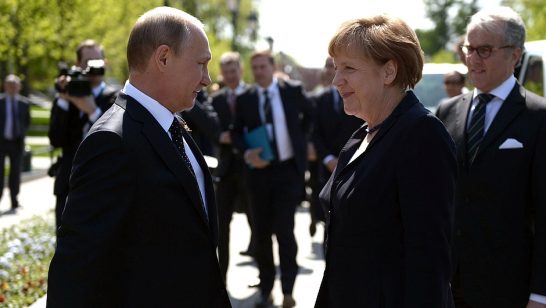 The Strategic Case for EU-Russia Cooperation

Dr Ian Kearns and Joseph Dobbs use a Strengths, Weaknesses, Opportunities and Threats analysis to underpin a strategic case for EU-Russia cooperation.

When I think Ukraine…

ELN member Prof. Adam Daniel Rotfeld calls for a Conference of the Friends of the Ukraine under the auspices of the OSCE to draft a road map that would lead the Ukraine out of its current crisis. And he reasons that any solution will not have to include a zero-sum choice between the EU and a Customs Union with Russia.