Olivier de France is Research Director at The French Institute for International and Strategic Affairs (IRIS) in Paris. Formerly he was a research analyst with the European Union Institute for Security Studies (EUISS) and with the European Council on Foreign Relations (ECFR). He works on Europe with a focus on security, defence and foreign policy. He was educated at France’s Ecole Normale Superieure and at Corpus Christi College, Cambridge University, where he also taught. His work has appeared in a number of publications including The New York Times, the Washington Post, The International Herald Tribune, Le Monde, La Revue Internationale et Stratégique, Diplomatie and Foreign Policy. Recent work includes: Europe’s Strategic Cacophony (ECFR), Etude comparative des livres blancs de l’Union européenne (IRSEM) with Nick Witney, What EU Citizens Think of European Defence (EUISS), Mapping the Security and Defence Debate (EUISS), and Defence Budgets: Europe’s Maginot Moment? (EUISS). 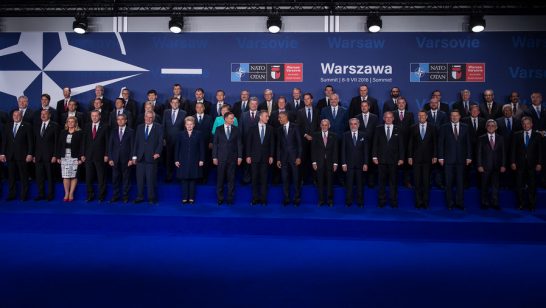 After the Warsaw Summit: What Is NATO Ready For?

Olivier de France argues that NATO should now try to build a more realistic understanding of readiness, which more reliably covers what it means to be ready to use force to reach a calculated, positive impact.

Olivier de France observes that despite the firm commitments made at the 2014 Newport Summit, NATO must continue to re-evaluate its capabilities in order to fully legitimate any future use of force by the alliance.