Russia’s annexation of Crimea has generated much attention to issues relating to the defence and deterrence of Europe’s eastern flank. This has led to a renewed interest in NATO, which, after more than two decades of soul searching, has suddenly returned to the center of the European security stage.

Perhaps the best illustration of the increasing importance of defence and deterrence in the eastern flank is the Alliance’s adoption of the so-called Readiness Action Plan (RAP) at its September 2014 Wales Summit. The purpose of the RAP is to ensure that NATO is in a position to react to crises swiftly and firmly. To do this, the backbone of the RAP is a Very High Readiness Joint Task Force (VJTF) of some 4000-6000 troops, which should be able to deploy to the frontline within a matter of days.

Arguably, the RAP is not a game changer. Questions remain about its ability to credibly deter conventional Russian military power in Eastern Europe, not least given the lack of significant allied air and land power in Central and Eastern Europe. However, the RAP is but one cog in a much broader NATO-wide effort aimed at reassuring Central and Eastern European member states in the face of an increasingly assertive Russia. Such efforts include a higher tempo of allied air patrols in the Baltic, naval patrols in the Baltic and Black Seas, and more frequent and significant NATO military exercisesthroughout Eastern Europe.

Also important are the ongoing efforts by the Alliance and some of its member states to expand military-to-military cooperation with key Eastern European partners, especially Ukraine and Georgia. This shows that reassurance should not be interpreted in a strict, NATO members-only sense, as it also partly includes non-NATO democracies in Eastern Europe, although NATO members remain divided as to how far they should go in supporting non-members.

Reassurance is also not just NATO’s business, nor a purely military endeavour. Whilst the military is indeed a central component of Eastern European security, reassurance is ultimately a political enterprise. And both NATO and the EU have a stake in it. After all, geopolitical competition in Eastern Europe is more likely than not to be characterized by subtle forms of intimidation and expansion rather than outright and open, steel-on-steel military confrontation. This begs the question of what Russia’s challenge to Eastern European security means for the EU’s Common Security and Defense Policy (CSDP) and for EU-NATO relations.

The discussion on the EU’s security role in Eastern Europe is all too often confined to the diplomatic and economic side of things. This is very important indeed, for Moscow is typically resorting to so-calledhybrid warfare techniques to expand its influence across Eastern Europe, i.e. by using the threat to cut off energy supplies; resorting to financial, political and cyber penetration; waging information warfare and so on.

Ultimately, ensuring that the countries of central, eastern and southeastern European remain economically and politically wed to the EU is one of the best ways of countering Russian influence; and of upholding a liberal, rules-based international order in the old continent. In particular, greater efforts are needed to monitor Russian Foreign Direct Investment, especially in Central and Eastern Europe, and assess its political ramifications. Also important is to mitigate Europe’s energy dependence on Russia, for that is one of Moscow’s most threatening geopolitical levers. Likewise, forward economic and political engagement in Ukraine or Georgia is one of the most effective ways of countering Russian influence in Europe’s eastern neighbourhood.

Given its vast economic and political resources, its power of attraction and competence in a wide range of policy areas, the EU is uniquely placed to counter Russia’s hybrid challenge in Eastern Europe. However, if the EU is to pass what is arguably its greatest (external) test, a serious discussion is needed on how its CSDP can contribute to the security of Eastern Europe. While the EU does not do defence proper, the sort of hybrid landscape that characterizes the ongoing competition for geopolitical influence in Eastern Europe means there is plenty of room for CSDP, and for greater EU-NATO cooperation.

Russia’s cyber challenge, for instance, presents both civilian and military ramifications. Greater EU-NATO cooperation in the cyber domain can lead to important synergies in terms of achieving a comprehensive intelligence, surveillance and reconnaissance picture of cyber-space (i.e. tracking Russian malware and footprints), or building the cyber-defense and security capabilities of EU-NATO member states and eastern European partners. Much the same applies to countering Russian propaganda and disinformation efforts which also cut across the military-civilian divide. NATO has identified strategic communications as an area of priority and the establishment of a STRATCOM center of excellence in Riga shows just how salient this particular challenge is in the eastern flank. The EU’s range of competences and expertise in a broader range of policy areas means greater EU-NATO cooperation can also lead to productive synergies in this area, especially in terms of tracking and countering Russian efforts and articulating a powerful, liberal alternative narrative.

Last but not least, civilian and civilian-military operational initiatives – the sort of work that the CSDP claims as its niche area – can be particularly useful in an eastern flank context. The lack of adequate structures, training and information clearance procedures means that Ukraine and Moldova are particularly vulnerable to leaking and external penetration, thus offering Russia multiple openings to the inner workings of those countries’ security services. The EU’s decision to establish a civilian CSDP mission to assist the Ukraine government with the reform of its security apparatus is a step in the right direction and could be complemented with a similar initiative in Moldova. In addition, the CSDP’s engagement in Ukraine would benefit from greater coordination on the ground with NATO, which considers the transformation of Kyiv’s defence and security sector a priority.

Arguably, the civilian and civilian-military realms present great opportunities for the EU to enhance its security profile in Eastern Europe and constitute obvious niche areas where CSDP can complement NATO’s work. However, it is important that the EU’s security role in Eastern Europe also extends to the military realm, i.e. through initiatives such as the appointment of military attaches to Ukraine, Georgia or Moldova; mil-to-mil engagement with eastern partners (via training and exercises); military educational exchanges; capability building through security sector reform; a greater engagement of eastern partners in CSDP operations and permanent structures (EU Military Staff, European Defense Agency) etc. This leads to a broader point, namely the risk that the resurgence of NATO might lead to the cornering of CSDP only into the civilian and civilian-military aspects of security.

In particular, the notion of an EU-NATO division of labour whereby NATO is associated with military power and the EU and CSDP are confined to diplomacy, civilian and ‘civ-mil’ operational solutions can turn out to be quite damaging for European security. If nothing else, the EU carries significant influence over the strategic culture and orientation of its member states. This means that a so-called EU-NATO division of labour would allow many European countries to do ‘forum shopping’ – offering them the possibility to keep their military-strategic responsibilities at NATO to a testimonial level and embracing the sort of soft power narratives that are often promoted at the EU level. This is particularly tempting for the less hard-power inclined member states. For that reason, it is of upmost importance that CSDP does not give up on the military aspect and that NATO and the EU speak a similar language when it comes to security. Secondly, and relatedly, given the prospect that the NATO defence planning process reaffirms its influence over force planning and force structure in Europe, it is only logical that this process feeds into capability discussions at the EU level. This means that greater efforts are needed to link NATO’s International Staff and Supreme Headquarters Allied Powers Europe with the EU Military Staff, and also NATO’s Allied Command Transformation and the European Defense Agency.

The opinions articulated above represent the views of the author and cannot be regarded as the official position of the European External Action Service. They do not necessarily reflect the position of the European Leadership Network or any of its members. The ELN’s aim is to encourage debates that will help develop Europe’s capacity to address the pressing foreign, defence, and security challenges of our time. 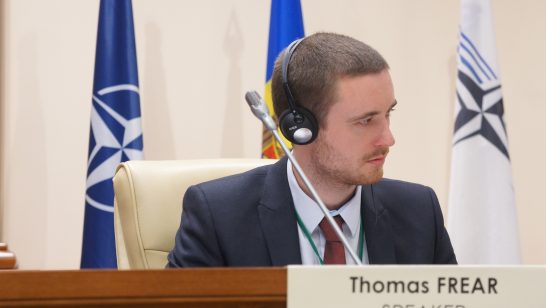 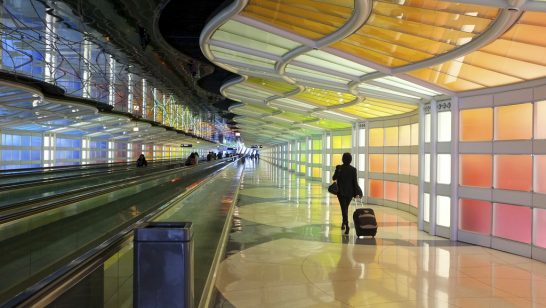