The creation of the Common Security and Defence Policy (CSDP) in 1998 was the result of an unexpected convergence of minds between Continental Europe and the UK. But even then, the motivations were different: France wanted to assert Europe’s strategic autonomy and establish the EU’s defence pillar, whereas the UK was more interested in showing the United States that Europe was taking its responsibilities for defence seriously after the Balkan wars. Since then, the CSDP has lost its centrality. The UK has largely shunned it, and France has become more pragmatic in its willingness to press for the emergence of a European defence pillar independent from NATO. No coalition has emerged to make a concerted push in favour of more integration in defence or even to add more muscle to existing CSDP structures.

The developments of the past few months seem to have ushered in a change. Firstly, some argue that the UK leaving the EU might help the CSDP’s cause, as London has often been on the opposing side in the discussions on strengthening it. After the June vote, new initiatives have emerged to show that the EU was not left haggard. Secondly, terrorist attacks in several European countries have propelled security to the top of the EU’s agenda. While the crux of the discussions focuses on internal security measures, the defence dimension is more than an afterthought. Finally, the EU released its new Global Strategy in June, and its process of implementation includes security and defence.

All these factors form the basis of proposals on strengthening the CSDP made by several countries, in particular France and Germany, as well as those uttered by European Commission President Jean-Claude Juncker during his state of the Union address. None of them are game changers. Many, including the revival of permanent structured cooperation, the review of the Athena mechanism used for the funding of operations or the possible creation of an EU Operational Headquarters, have been under discussion for years.

Two ideas deserve careful consideration though. The first one, on the creation of “a European semester on defence”, emanates from Franco-German proposals, although France has been promoting the idea for several years. The details are scarce, but it would be an instrument to push European countries to get more serious on defence spending, and to have their spending monitored. The second idea relates to research funding in defence. In some quarters, there has always been strong resistance against devoting EU funds to defence. The dramatic decrease in national budgets for research and development has alleviated these concerns. There have been proposals on the establishment of a European defence fund, although details remain limited. More concrete actions are envisaged soon, as the Commission will launch a preparatory action next year to fund pilot projects. If all goes well, it is very likely that a portion of the next seven year EU budget (the budget cycle starting in 2020) will be devoted to defence R&D. The trick will be to guarantee that this funding does not lead to the weakening of national efforts, but will complement them.

Despite the new wind of optimism, outputs will likely be modest. Political will is not that strong, and the UK is not alone in putting the brakes on the CSDP. Several countries in Central and Eastern Europe do not foresee a strong role in defence for the EU. Moreover, the defence dimension of the security and defence agenda is likely to remain secondary. EU citizens rank security, not defence, as one of their primary concerns. The two are closely intertwined, but the defence debates in many countries remain as limited as the political capital that leaders are willing to spend on them.

Additionally, the Brexit negotiations are casting a shadow over the implementation of these proposals. One can discuss whether the absence of the UK makes the CSDP toothless or whether the EU should mull over the consequences of this absence on its capacity to act in the world. However, it is clear that the British exit process and debates on the future of the EU – and necessarily that of the CSDP – will take place in parallel. It would be foolish to wait for Brexit to rethink the CSDP. The UK’s departure will certainly handicap the EU as Britain retains one of the most formidable armed forces in Europe. Yet, the UK may well continue to cooperate with the EU on defence matters, which may lead to an agreement on Great Britain joining EU operations. It is worth considering the Georgian contribution to the EU operation in the Central African Republic as an example of how partner countries can contribute to CSDP missions.

It must be assumed that the UK government will take a public stance against a boost of the EU’s defence policy for domestic purposes. Still, it is equally to be assumed that the UK will make constructive contributions to the debates as it did during the EU Global Strategy process or is now doing in its implementation phase. The greatest obstacle to success will not be Brexit, but time. The proposals on the table should be implemented by December. It does not mean that all mechanisms should be fully operational by then, but the window of opportunity is narrow, since defence is not perceived central to EU debates. At the same time, not much on the table can sustain a long term interest on the CSDP, or defence more broadly.

There is only so much that can be done at the EU level. European defence is not just about the CSDP. It is crucial to maintain a high level of attention on the issue of defence at the national level. This does not require new institutions or new tools, but successes in the field, a steady high level commitment to defence, and a widespread perception that stronger defence contributes to making Europe safer and more relevant in the world.

The Place of Security in the EU’s new Global Strategy 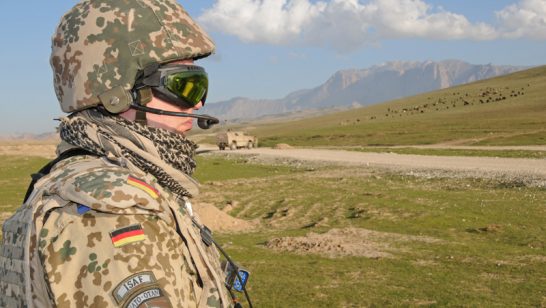