When European Council President Donald Tusk on December 14, 2017, declared that the ’dream’ of a European Defence community had become a reality with the launch of PESCO, most EU member states probably found the description slightly bombastic.[1] For many, the grand rallying behind PESCO was more a reflection of the political realities in the EU after Brexit, than a sincere enthusiasm for moving forward on a common defence.

Few concepts have caused such confusion as the notion of a European defence. What does it embrace: out-of-area, territorial, collective? Who is engaged: EU members only, other European states, the United States? For a long time, it did not really matter. However, with Brexit and the UK out of the way as the main ’blocker’ of any attempts to sort out the details, the window to keep the concept deliberately blurry has narrowed considerably.  The French-German push to deepen European defence cooperation, initiated in June 2016, is a forceful game changer and with ‘fresh money’ provided by the Commission, progress is bound to happen.[2]

Spain, Italy and Finland belong to the most enthusiastic supporters of the French-German initiative. As Finland and Sweden are politically close to each other on security matters, one would expect Sweden to be among the first member states to cheer the change as well. Indeed, Sweden has recently expressed an ambition to join ‘the core’ of CSDP, but the initial reaction was reluctant. Furthermore, the overall ambivalence embedded in the notion of a European defence is still reflected in the Swedish approach to the subject, which leans heavily on civilian measures.

In order to ensure civil and military capability build-up in congruence with national and regional needs, Sweden should work closely with other North European states toward a more comprehensive stance. Thereby, Sweden could play a more constructive role along the full spectra of tools needed to secure Europe and strengthen the EU as an external actor.

Although not a member of NATO, Sweden has had a position on EU defence close to that of the UK, emphasizing the transatlantic link and the need for inter-governmental cooperation.

While recognizing the need to strengthen cohesion, support the European project and intensify relations with Germany, Sweden, as a military non-aligned country, has remained skeptical towards supranational tendencies. In addition, Sweden has had a hard time identifying the added value of a European defence, given the prioritized on-going effort to strengthen Swedish defence capabilities in light of the growing aggressive Russian behavior in its vicinity. The Baltic states and Poland share similar concerns.

In contrast to Finland, Sweden did not join the EU in 1995 for security reasons. For Sweden, European defence has always – and only – been about crisis management operations outside of the EU, preferably with civilian focus and resources. On that note, Sweden has been a driving force in preparing grounds for the new EU global strategy presented to the Council in June 2016.[3] The emphasis is on the EU as an external actor and how to strengthen that role.

‘European strategic autonomy’ from a Swedish point of view is the possibility of Europeans doing something together out-of-area at a higher threat level, without being dependent on the United States wanting or being able to participate. The need to develop such a capacity is believed to have increased given the deteriorated situation in EU’s neighborhood.

In general, Sweden is not that keen to discuss the fact that for quite a few EU members, as well as institutions such as EDA (European Defence Agency), European defence is not only about crisis management, but it is also about defence. Not when it comes to operations nota bene, since that is up to the nation or NATO for those who are allies, but basically for every other aspect; from research to procurement, from defence planning to gap identification, from standardization to training and exercises and the formation of multinational military forces.

In its response to the initiative to deepened European defence cooperation, Sweden has kept its focus on out-of-area crisis management with a civilian emphasis, thereby aligning closely with Germany. Sweden has also supported the German position of an inclusive PESCO in contrast to the French vision of a military operative ‘vanguard’. In a joint op-ed in June 2017, Foreign Minister Margot Wallström and Defence Minister Peter Hultqvist declared Sweden´s ambition to take the driving-seat and contribute to a stronger civilian CSDP, which would include a civilian rapid reaction force and civilian security sector training mission in Iraq.[4]

Noteworthy, the op-ed which outlines Sweden´s ambition to strengthen CSDP does not mention the defence industry, despite the fact that Sweden has a substantial defence industry, and that major EU members see the defence industrial dimension as core in developing the muscles for a stronger CSDP. The absence of industrial aspects of the Swedish policy reflects the prevailing ambiguity towards a European Defence community, and how much of ‘defence’ it should include. Despite this, Sweden has been active in shaping the conditions both for the EDF (European Defence Fund) and the EDIDP (European Defence Industrial Development Programme). However, the guiding principles are not presented within a comprehensive framework for a European defence.

So far, Sweden has managed to contribute to shaping deepened European defence cooperation in a manner that has eased the initial discomfort, including on industrial matters. However, the ambition to be part of the core of CSDP need to include a strategy also for the military side of the cooperation, otherwise there is an apparent risk that developments will divert in unwanted directions. Such as strategy should be developed in close collaboration with other North European states, and include constructive suggestions for how to include third European countries such as Norway and the UK in the new structures and processes, since this is vital for efficient defence cooperation ahead.

Sweden shares a concern with countries in the Baltic Sea region such as Poland, Estonia, Latvia and Lithuania, that the build-up of a European defence might draw attention and resources from the necessary development of national defence capabilities. It also risks duplicating NATO procedures, standards and structures, to which Sweden and Finland are connected as close partners. Most nations simply cannot afford not to make priorities between national and expeditionary, out-of-area capabilities. How to get this right as the EU moves forward on defence issues are key questions to sort out.

A few areas that would be of particular interest for further collaboration include:

[1] Reinforcing European defence: remarks by President Donald Tusk at the event on PESCO, Statements and Remarks from the Council of the EU, December 14, 2017

[2] ”A strong Europe in a world of uncertainties”, by Jean-Marc Ayrault and Frank-Walter Steinmeier, June 26 2016,  https://www.voltairenet.org/IMG/pdf/DokumentUE-2.pdf 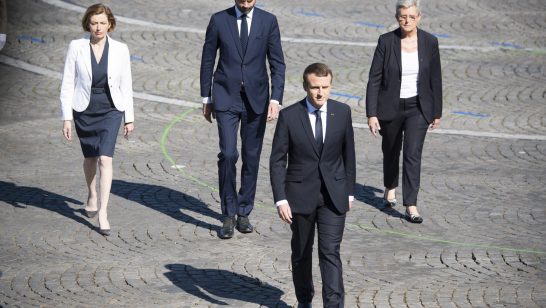 President Macron suggested that Europe should develop an intervention force with a common doctrine and budgetary instruments within the next decade. Dr Alice Pannier, Assistant Professor at Johns Hopkins University, looks at what such an “initiative” could look like. 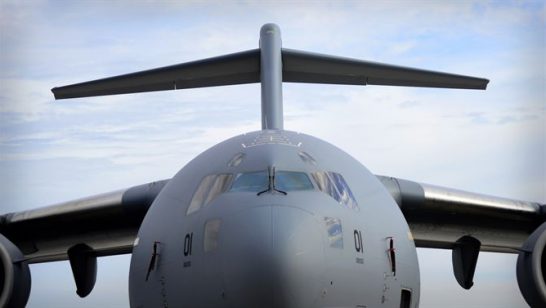