The United States has launched an international coalition to counter an armed offensive of ISIS (Islamic State in Iraq and al-Sham), which threatened the sovereignty of Iraq and the lives of the Kurd, Syrian, Shiite, Turkmen and Yazidi populations in the area. As some European countries have already decided to join the coalition, it seemsnecessary to reflect on how the EU could contribute to the fight against ISIS. This comment focuses such reflection on European interests, strategy and means.

Before formulating any response to the ISIS challenge, the EU must carefully assess the nature of the risk to European security interests. The first step is to evaluate whether ISIS represents a direct and imminent threat to the EU, or just a potential risk for the future. If the European assessment is, just as the US intelligence believes, thatISIS is not a direct threat, then the EU can apply to ISIS the same catalogue of responses that it is already applying to similar terrorist groups. Such analysis of risk is important because many Jihadist groups have neither the will northe capacity to threaten European interests, especially when they are involved in an armed struggle away from European borders.

Even without the threat of imminent attacks, European and Western countries are still concerned about their nationals taking part in the Middle Eastern jihad and coming back to their home countries. Thus, the EU mustmultiply the effectiveness of the ongoing cooperation between European intelligence, police, judicial and financial agencies, taking advantage of UN Security Council Resolution 2170 which called on all UN Member States to suppress the flow of foreign fighters, financial and other support to Islamist extremist groups in Iraq and Syria. In this regard, the Persian Gulf countries would contribute more to the fight against terrorism by controlling money transfers from their citizens and organizations than by bombarding the recipients in Iraq and Syria.

The Islamic State has developed a military capability in Syria that it uses in its quest to establish an Islamic state(caliphate). Such capability does not pose a direct threat to the sovereignty of EU member states, although any terrorist sanctuary created close to our borders may encourage terrorist activities in Europe. Still, the EU as such does not have the required military capabilities to fight the insurgency on the battlefield. Only some of its member states have the firepower, and even among those, only a few are willing to use it in Iraq (but not in Syria). Inside the EU, there are also strong divergences among the national strategic cultures with regard to the use of force. Both facts are worrying not only in the context of the ISIS crisis, but also due to the probability of facing similar situations south of Europe in the future. Without proper European counter-insurgency tools, EU Members will have to rely on ad hoc coalitions to counter fresh attempts of al-Qaida in the Islamic Maghreb, al-Shabaab and Boko-Haram to create emirates or caliphates along the southern border.

Finding an answer to ISIS requires formulating a strategy. The President of the United States has designed thecoalition plan to weaken and destroy ISIS, though he does not clearly identify the desired end state, the strategic objectives and the required means. The strategy just lists several lines of military action: air strikes in Iraq and Syria, military assistance, and training of the local forces opposing ISIS (with no combat boots on the ground). European countries have already taken part in US-led operations in the past, so they know well the risks that such open-ended interventions pose, including unilateral U.S. changes of strategy based on re-evaluation of US security interests. As the EU has experienced in the Horn of Africa and the Sahel, interventions require comprehensive strategies. The EU should begin to think about one, given the proliferation of ISIS-like groups in its periphery. Jihadist franchises are competing among themselves to become even more spectacular, violent and fanatical in order to get the bulk of the attention, and thus the Islamist funds and militants they need. Therefore any smart EU approach to global terrorism would dedicate more time preparing for the advent of the next terrorist group, instead of focusing only on the existing ones like ISIS or past ones like al-Qaida.

Any smart EU strategy against the wider ISIS-like challenge would prioritize the fight against the radicalization of EU citizens by designing a communication plan to counter the influence of the Jihadist groups in internet and social networking sites. The EU should also deepen and widen its anti-terrorist cooperation network both within European borders and outside them, including with as many Arab and Muslim partners as possible. Finally, the EU should prevent creation of terrorist sanctuaries on its periphery, by developing capacity building plans to help Arab countries in North Africa and Middle East to take charge of their own security. Although the EU Common Security and Defence Policy, in its current stage of development, is not prepared to offer substantial support for its member states, the EU should be able to give those European countries leading the fight against transnational Jihadists some kind of collective support (something that NATO should consider as well).

Summing up, the EU is not expected to have a prominent role in the ongoing struggle against ISIS in Iraq and Syria, but it should be prepared to take the lead in the next round of the fight against terrorism. Because when a new threat occurs in the EU’s periphery, the United States may decide to lead from behind rather than take the initiative.

The Future of the INF Treaty and Euro-Atlantic Security

In July 2014, the U.S. accused Russia of violating the 1987 INF treaty. The ELN has invited two renowned security experts to comment on the substance of the dispute and on the consequences for the Euro-Atlantic and global security environment. 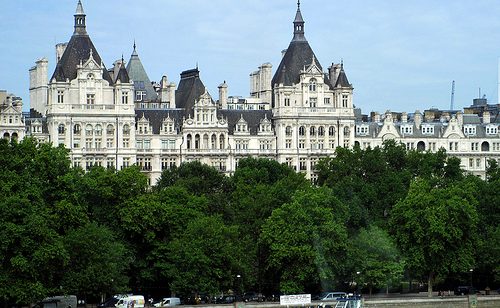 Paul Quiles sets out four proposals on how to engage Russia in a dialogue on the crisis in Ukraine. He argues that Russia must not become a rival, much less an enemy (article in French).