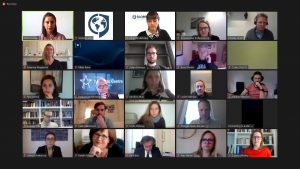 member Roger Hilton has participated in an interesting GLOBSEC event on 13th January, entitled ‘European Security Architecture: Shaping Back Better’. We heard insightful talks from such prominent speakers as Federica Mogherini (ELN senior network member & Rector of the renowned College of Europe, former High Representative of the EU), Radek Sikorski (Polis MP and former Minister of Foreign Affairs and Minister of Defence), and Charles Grant (Director, Centre for European Reform, London). The event covered security challenges that have become more multidimensional and complex: no EU Member State can possibly confront these threats alone. When it comes to security and defence, the interests of all Member States are inseparably linked, yet threat perceptions in Member States diverge. What is more, they are divided on how they see and understand attempts to build European strategic autonomy.

There are some special takeaways from the event. First, there aren’t currently enough incentives for EU Member States to create a common foreign policy. Second, cyber and hybrid security threats should no longer be considered ‘new’ threats. Third, there is a normative power that the EU can exercise in cyber domain. Finally, China as a challenge and a test for Europe was particularly discussed and it was found that there are different perspectives on China from the US and from EU. While the US considers China a threat because Beijing is accumulating more and more power in general. The EU on the other hand is looking at China not in terms of power, but in terms of behaviour – for example, when it comes to human rights violations.

YGLN member Andrei Yeliseyeu has recently published a timely article entitled ‘Belarus at a Crossroads: Political Regime Transformation and Future Scenarios’. One of the most important takeaways is that ‘a growing political mobilization and heightened repressions in Belarus, and hence... 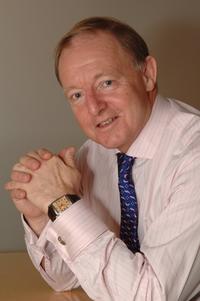