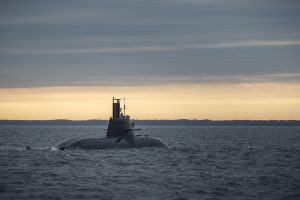 recent contribution by YGLN member Roger Hilton covers NATO’s exercise Dynamic Mongoose testing Anti-submarine warfare (ASW). In his article he argues that the need for NATO to develop its ASW competency is imperative given the current great power competition landscape and the integration of advanced technological weapons systems into current military doctrines. He writes: “As awesome components of technology continue to be incorporated into the domain of submarine warfare and its growth as front tier conflict zone grow globally, it is clear the Alliance will be preoccupied with this threat for some time.”

Roger is a Research Fellow for the Defence & Security Programme at GLOBSEC Policy Institute and a member of the YGLN’s working group on Security.

Michael Zolyan is a political analyst and historian from Yerevan, Armenia. Since January 2019 Zolyan is a member of the National Asembly of the Republic of Armenia, from "My Step" faction. In 2019-2020 Zolyan served as a member of the Standing Committee on Foreign Relations, and since...