Mark Hibbs is Nonresident Senior Fellow in the Nuclear Policy Program at the Carnegie Endowment for International Peace in Washington, D.C. He has lived in Europe since 1984. His research is focused on international nuclear trade, national nuclear power programs, nuclear verification, and international nuclear governance. Hibbs has assisted the participating governments of the Nuclear Suppliers Group (NSG), the leading global multilateral nuclear trade control arrangement, and is the author of the Carnegie report The Future of the Nuclear Suppliers Group, published in 2011. In 2012 Hibbs co-authored with James Acton a report on Why Fukushima Was Preventable. In 2014 Hibbs authored a study on Turkey’s policies concerning the Nuclear Nonproliferation Treaty and the NSG, as part of a project called Turkey’s Nuclear Future. Since 2012, Hibbs has led a project at Carnegie supported by the John D. and Catherine T. MacArthur Foundation concerning decision making in China’s nuclear energy program. In 2018 Hibbs published the final report from this project as a book: The Future of Nuclear Power in China; the Mandarin-language version of this report was published in China in 2019. 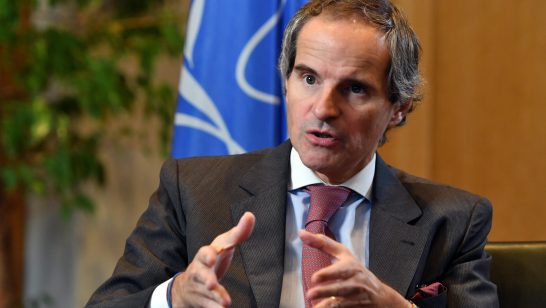 Iran on the Boil in the IAEA Boardroom: Russia, the West, and NPT Obligations

Ahead of the European Parliament’s exchange of views on the implementation of Iran’s NPT Safeguard Agreement and other nuclear obligations, this policy brief outlines growing differences on the topic between Russia and the West.