The upcoming NATO summit in Chicago marks the tenth anniversary of the NATO-Russia-Council (NRC). For most of its existence, the NRC has not lived up to the high expectations it had raised. Among many issues that have been a source of tension between NATO and Russia, the issue of ballistic missile defense (BMD) stands out, testifying to the fact that the Euro-Atlantic states have been unable to overcome Cold War thinking. There is no reason why the implementation of a joint missile defense system, as agreed upon in Lisbon, should not be possible. As Dean Wilkening has argued, “mutual suspicion and domestic politics rather than technical realities [are] the driving forces behind the missile-defence debate“.[1]

A number of harsh comments made by Vladimir Putin during the presidential election campaign have shown that anti-Western rhetoric still falls on fertile ground. For traditionalists in the Russian elite, a missile defense system protecting the Euro-Atlantic area from Iranian threats would in reality be aimed at Russia. Consequently, they resist any development that might some day affect Russia’s nuclear deterrent. Equally, some US leaders still consider Russia an opponent and a possible enemy although today’s Russia is – despite many reasonable Western concerns – totally different from the former Soviet Union. Thus, speculations about sharing sensitive data with Russia have raised protest among Republican senators. In sum, the room for maneuvering on each side is limited by domestic politics.

Unfortunately, given these circumstances, BMD talks have come to a standstill. At the moment, it looks as if the issue will not be a game-changer, but rather a game-breaker. During the election campaign, Russian officials have warned that if NATO sticks to its plan of moving forward with the BMD system Russia would take countermeasures such as a military build-up or even consider the destruction of NATO BMD facilities. Since NATO has publicly committed itself to building a missile defense system, there is no plausible way back. In other words, there will be a missile defense system – either with or without Russia.

Some are now advocating to review or rethink the “reset” [2]  (which would only further strain our relations without improving the domestic situation in Russia). In reality, there is no acceptable alternative to the West’s continued constructive engagement with Russia.

There is also little time to lose:

First, postponing BMD deployment decisions might be the wrong signal to send to  Tehran. Second, if the disagreements between Russia and Nato  are not overcome soon, we might be pushed  into a new spiral of mutual  distrust and rearmament. Years of successful reset-diplomacy might become obsolete. Russia’s Deputy Foreign Minister Sergey Ryabkov already warned that the Russian President would be unlikely to attend the NRC meeting in Chicago if BMD were not on the agenda. Without any progress on this issue, this would mark a new low-point in the already mixed history of the institution created to bring NATO-Russia-cooperation to a new level. Missile defense would then really be the proverbial game-breaker.

Yet, we should not give up on turning missile defense into a positive game-changer. Right after the elections, Moscow has made clear that it wants to build on the achievements of the “reset” policy. According to Ryabkov, the Russian government thinks that “a great deal of important, good and useful work has been done in Russian-American relations over the years of Dmitri Medvedev’s and Barack Obama’s presidency” and that “this must be saved and used as a foundation for the next step.” [3]

There is now a small window of opportunity to put the idea of joint BMD back on track.

In order to prevent the meeting of the NATO-Russia Council in May from ending in failure and confrontation, NATO leaders should propose to create an official high-level working group tasked to find agreement on missile defense. A track II initiative has already shown that a diplomatic break-through is not out of reach. The BMD working group of the Euro-Atlantic Security Initiative (EASI), consisting of senior experts from the United States, Europe and Russia, has recently outlined a way to overcome the remaining differences. [4]  The fact that the EASI proposal’s missile defense architecture was designed jointly by General Esin, former Chief-of-Staff of the Strategic Rocket Forces of Russia, and General Obering, former director of the U.S. Department of Defense’s Missile Defense Agency, underlines that agreement is possible. Taking into account the red lines for both Washington and Moscow, the working group has elaborated a proposal that envisions a systematic pooling of sensor data to be analyzed in jointly staffed Cooperation Centers. Command and Control, however, would remain the responsibility of each side.

If such a high-level working group would base its approach on the proposals of the EASI Commission, this could pave the way for eventually leaving behind Cold War thinking – the biggest remaining obstacle in achieving a Euro-Atlantic security community. Cooperating on missile defense, a highly sensitive field of security policy, would make clear that NATO and Russia are, in fact, partners, not opponents. The French writer Antoine de Saint-Exupéry once remarked: “Force them to build a tower together and you will turn them into brothers.” There is no reason why this logic should not work with building a common roof for the “common European home” that Mikhail Gorbachev envisioned more than two decades ago. 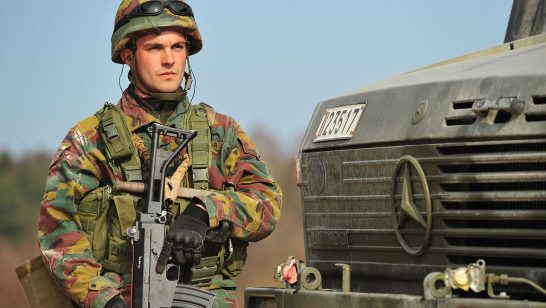 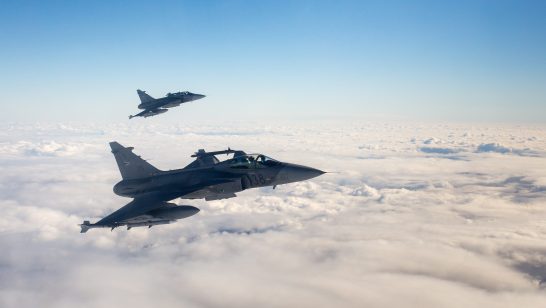