Napoleon once said that “the policies of all powers are inherent in their geography.” When it comes to the question of energy, Ukraine, whose very name means “borderland,” whose media landmark is the “troubling transit country,” one could well argue that the lack of policy is also inherent in one’s geography. In Ukraine, Europe’s oligopsony relation to Russia meets Russia’s oligopoly relation to Europe. Ukraine is in the middle, literally as a borderland, as a no man’s land.

At this point, we must focus our geographical scope within Ukraine proper. On the one hand, the political map of Ukraine is polarised, between East and West, a division that correlates with ethno-linguistic cleavages. On the other hand, the pipeline complex bridging European consumers with Russian supply runs through the country. When one juxtaposes the ethnic map of Ukraine on the pipelines map of Ukraine, it becomes clear that these two geographical factors, namely, “energy infrastructure” and “ the people,” are in friction. And the factor that will determine the resolution of this friction is not geography, but time.

In the short run, the flow of gas from the Russian Federation to Europe is dependent on cooperation with Ukraine, despite the major detours planned in the long run, or actually established via the Baltic Sea. When North Stream was under construction, some EU member states evoked potent national narratives, talking of a new “Ribbentrop-Molotov” pact, or more mildly raised environmental concerns. The heat of this narrative reminded us that bypassing the “land-in-between” to develop a new and unmediated relationship between the EU, as a consumer, and the Russian Federation, as a producer, was always going to be controversial. Still, even with North Stream operational, for a big part of Europe, Ukraine is the main transit route for the greatest part of its natural gas supply, and thus makes the difference between Europe being cold or being able to run homes, businesses and the economy smoothly. This raises the following question: Who can endure a crisis and for how long?

On this pressing question, tension certainly runs high in Moscow, as smooth supply is critical for the Russian state budget. In the medium run, it will certainly run high in Southeastern and Central Europe, where dependency on Russian supply via Ukraine is in the region of 90%. Whilst the winter is almost over, this is no consolation to these countries as the only certain thing is that it will return. Moscow’s habit of using energy policy as part of a negative conditionality toolkit in Russia’s so called Near Abroad is also, of course, a factor. What’s more, as with the precedent in Moldova, if a process of “border changes” kicks off, energy pricing may be employed to drive home the message that each such choice has a price tag. Kiev may have to pay more than Crimea, just as in Tiraspol gas is cheaper than it is in Chisinau. Price will be relevant, if not now, in the near future. In this complex mix of dependencies, who has more time: consumers or producers, downstream or upstream, the Russian budget or the customers? It may also be the case that no side has more time because no side ends up in control. In the medium term, supply could go on, despite the crisis, serving everyone’s short term interests. However, as soon as one makes the mistake of placing an ethnic map on the table, at which point “secession” enters the agenda, one is forced to talk of enclaves, perhaps then irregular warfare, or a prolonged conflict in which the two sides lose their ability to negotiate. At which point the question of who has most time is relatively immaterial, for no one controls the flow.

Syria, Afghanistan and, to go a bit further back, Yugoslavia went down that road. If that kind of tragic escalation was to take place in Ukraine, then looting might become commonplace and no one would be able to guarantee anything. In this scheme, upstream and downstream would share the same fate, namely, uncertainty, which the market tends to “factor in” in terms of pricing. Bottom line: time can work in Europe’s or Russia’s favor, but if Ukraine falls apart, the crisis will be immediate and prolonged.

There is another medium term question too. Through oligarchic interests in Ukraine, through secessionist politics in Georgia and Moldova, through feudal lord politics in the Russian Caucasus, with nationalist divide and rule politics across the board, Moscow has created for itself the potential of a spillover effect. Nationalist factions in Ukraine, for example, call upon Chechen fighters to take arms. They may or may not listen. Should this escalation take place, Europe’s energy security would not be safe, not merely because the Ukraine no longer provides safe transit, but because the very reliability of the source is called into question. In this scenario, no one would be in charge.

In the long run of course, Ukraine is likely to be the battlefield in relation to another issue, namely: Is Europe to join the shale gas revolution? In the US, shale has made a difference: domestic energy prices have fallen sharply, increasing competitiveness in energy intensive manufacturing, which has in turn created a strong lobby group preventing exports to Europe or Asia; in States like North Dakota and Alaska unemployment is extremely low. But, in Europe, largely with US know-how, only Estonia has made serious steps in catching up. Ukraine also has a chance, which in October 2013 seemed a medium term prospect, but in March 2014 appears as a long(er) term prospect.

To date, there are serious estimates of resources with an interesting geographic condensation, which seems to accentuate ethno-linguistic polarity. Ironically, Ukrainian resources are concentrated in the West (Carpathian Foldbed) and the East (Dnieper-Donets Basin), which is an unfortunate correlation, adding a geological layer of potential economic competition upon an already ethno-linguistically divided map. It is hard to predict what will happen.

Through this energy, Ukraine could acquire a competitive edge for its heavy industry and lure in Foreign Direct Investment, thereby generating the capital required to invest in education, matching existing industrial capacity with human and technological resources required for a qualitative leap in production. However, from estimates to full development, there is a gap. As the Polish experience in shale gas exploration indicates, this can be a considerable gap, even in stable conditions. Therefore, one should not swiftly come to the conclusion that Europe could easily ease its dependency on Russian gas; but, one can confidently say that Ukraine could. These resources in question could change our perception of Ukraine as a frontier, turning it into a final destination.

So far, what is technically recoverable has not been developed. Foreign Direct Investment is not likely to flow in without serious, that is, very serious assurances to investors. Investment in new sectors comes with added risk and more demand for know-how. While oil and gas companies are used to operating in politically unstable countries, shale gas exploration requires dense cooperation with governments, to ensure that investment is economically and environmentally viable. What’s more, it is US companies that have the know-how for this kind of development, although through foreign asset acquisitions Chinese developers are also gaining the relevant expertise. Yet investment of this kind, by anyone, wherever, take time to generate returns. And investors are likely to change, until stability is a constant factor. Which means exploration will have to wait.

Time has a price for Ukraine. A few billions of dollars in Greenfield investment will have to wait for another time. Thousands of jobs will not be generated and public coffers will not be replenished quickly. No man’s land will remain no man’s land. At which point, it is time to zoom out again in our geographical scope. For the moment, short term considerations and the fight over short-term impressions seem to be blurring our strategic foresight, winning the war of our living rooms through our TV sets. In the near future, as the next winter approaches and as the Ruble devalues, if the crisis drags on, this may change. Europe and Russia might come to the conclusion that Ukraine best remains a bridge rather than a no man’s land, but that realization must not be delayed until it is too late.

The author expresses his personal views alone rather than the official position of Georgia or his party.

How to deal with Trump: The choices for Europe

Julianne Smith, Senior Fellow and Director of the Transatlantic Security Program at the Center for a New American Security (CNAS), argues that, as President Trump does not seem prepared to either defend the European project or inject leadership into transatlantic institutions, the best option for Europe may be to look away and lead. 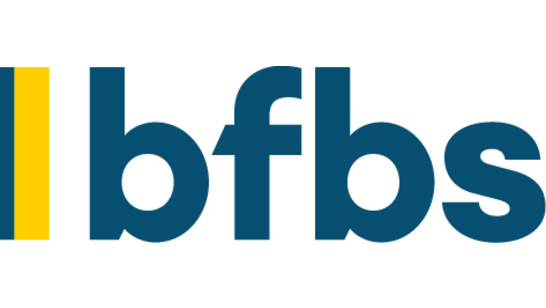