Like most other allied countries, France was surprised and dismayed at the Russian intervention in Crimea. Paris reacted quickly by being one of the first European countries to announce, on March 2, its suspension of its participation in the preparation of the G8 Summit which is due to take place in Sochi later this year. On March 4, President François Hollande mentioned “exceptionally grave events which remind us of a time that we thought was passed, the time of military interferences, interventions and demonstrations”. [1]

However, generally speaking, Paris adopts a prudent position regarding Russian-European relations – somewhere between Germany and Poland. It is keen to engage Moscow and believes that relations with Russia should be nurtured, especially at a time when its cooperation is needed to manage the Iranian and Syrian crises. At the same time, it has always insisted on the importance of NATO’s mission of collective defense under Article 5 of the Washington Treaty and has sought to reassure its Eastern European allies on this point. France was, for instance, the biggest contributor (1,200 soldiers) to the November 2013 Steadfast Jazz exercise, which took place in Poland. A recent symbolic example of the French attitude towards Russia was its successful attempt to stop the escalation of the 2008 Georgian crisis, achieved through a French mediation. (Paris held, at the time, the presidency of the European Union.)

For obvious reasons, Ukraine has always been more of a preoccupation for Warsaw and for Berlin than it has ever been for Paris. However, France has played an active role in the management of the Ukrainian crisis for reasons linked with its status within the European Union, at the United Nations Security Council, and also in the context of the Nuclear Non-Proliferation Treaty (NPT). Like the United States, the United Kingdom and Russia, it gave in 1994 security assurances to Kiev at the occasion of its accession to the NPT. [2]

France’s role in the current crisis has been partly deliberate and partly accidental.

The initiative taken by Poland of visit by the “troika” of foreign ministers of the so-called Weimar Triangle (France, Germany, Poland) in February was welcomed by Paris, and minister Laurent Fabius was a full participant in the talks that took place in Kiev, which resulted in the 21 February memorandum on a political compromise between the Ukrainian authorities and the opposition.
The second occasion for France to play a role in the forefront happened in early March. An international meeting of relevant foreign ministers, including US Secretary of State John Kerry and Russian Foreign Minister Sergei Lavrov, and devoted to the security of Lebanon in the context of the Syrian crisis, had been scheduled to take place in Paris on March 5 for some time. This was hurriedly rearranged to include a set of sessions about the current crisis. The Ukrainian foreign minister Andrei Dechtchitsa was invited. (Mr. Lavrov refused to see him.)

Two days later, Hollande received with great media fanfare two of the most significant figures of the Ukranian opposition, Vitali Klitschko and Pero Poroshenko, both candidates in the forthcoming presidential election. The visible presence of French philosopher Bernard-Henry Lévy – who had arranged the meeting – was sure to annoy Moscow, given that Lévy had been a prominent advocate and lobbyist of military intervention in Libya in 2011.
However, Paris does not want to see an escalation of the crisis (“de-escalation” is the buzzword in Paris) and has put its weight behind the idea promoted by German Chancellor Angela Merkel of the creation of a “Contact Group”. Acknowledging that Germany is uniquely placed to play a leading role due in particular to Merkel’s good personal contact with Russian President Vladimir Putin, it has adopted a similar position of toughness and openness, which allows for working jointly with Berlin. [3]  Contrary to many military-related crises of the past twenty years, the Ukraine crisis has lent itself to a German-French partnership more than a British-French one.

As far as substance is concerned, the clearest presentation of French ideas for a resolution of the crisis was given by Permanent Representative to the UN Gérard Araud at the Security Council on March 4: (1) a verified return of Russian armed forces to their bases, (2) the immediate and verified disarming of paramilitary forces in Crimea, (3) the reestablishment of the Ukrainian law on regional languages [4], (4) the establishment in Ukraine of a high council for the protection of minorities, (5) the implementation of constitutional reform, (6) the organization of presidential elections on May 25 under the supervision of the OSCE. [5]

One of the major problems France has to face in reviewing its options vis-à-vis Russia is the question of its military contracts with Moscow. In 2010, Paris decided to make a huge political gamble. Selling warships to Russia was seen as a concrete way to engage Moscow in the path of security interdependence. These were two Landing Helicopter Docks (LHD) amphibious assault ships, complete with modern combat systems, to be built jointly by France. The deal was formally signed in January 2011. There was also clearly an economic interest here: a cash-strapped French defense industry saw Russia, which intended to raise its defense budget, as a new and promising potential market. The attempt to normalize bilateral military cooperation was also symbolized by a joint air exercise which took place in August 2013 – a first since the end of the Cold war.

By coincidence, the first of the two LHD, named Vladivostok, began its first trial at sea in the afternoon of March 5, at the very time when foreign ministers Lavrov and Dechtchitsa were in Paris.

Paris will have to face tough decisions in the coming days. On March 3, Laurent Fabius had said that there was no question at this time of suspending military cooperation with Moscow. In discussions of sanctions against Russia with foreign partners, it supported visa bans and assets freezes over suspension of defense relations and contracts, and on March 6, Hollande reaffirmed that the LHD sale was still ongoing.

However there is likely to be growing pressure from allies and partners, especially as this sale will grow in visibility in the coming days and weeks as Russian sailors are expected in France to participate in the trials at sea of the first ship.

An escalation of tensions would probably compel Paris to suspend if not cancel its military contracts with Moscow, either in application of a common EU decision or because of the pressure that some of its partners would apply on Paris. (A cancellation of the contract would incur significant costs: the overall contract is worth approximately 1.3 billion Euros.) But absent a relaxation of tensions, it is hard to imagine that it would be politically feasible for France to carry on with its plans, especially since the name given to the second warship, due to be delivered in 2015, is, unfortunately, none other than Sevastopol. [6]
—

[2] The French security assurances memorandum was given separately on 5 December 1994. http://www.exportlawblog.com/docs/security_assurances.pdf

[3] The communiqué published by the Elysée on March 1 after François Hollande conferred with Barack Obama, Herman Von Rompuy and Angela Merkel states that “In light of the risks of escalation due to the decision of the Russian Federation Council to authorize the intervention of Russian forces, the President of the Republic has signaled the importance of a common position based on the respect of the territorial integrity and sovereignty of Ukraine, support to the Ukrainian government in charge of pursuing the electoral process, and the recognition of the rights of the various communities in Ukraine, as of the links which tie Russia to that country”. Entretiens du president de la République sur l’Ukraine, 1 March 2014.

[4] On 26 February, the Ukrainian Parliament had cancelled the 2012 law that allowed Russian to be made a second language in Ukrainian regions. 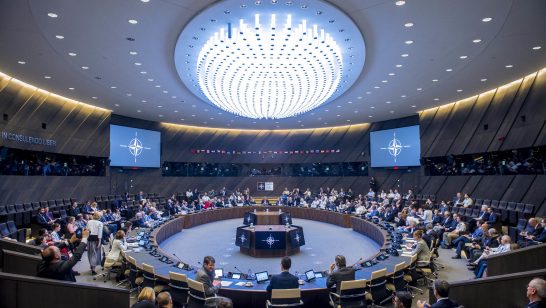 EASLG: Twelve Steps Toward Greater Security in Ukraine and the Euro-Atlantic Region

Ahead of the Munich Security Conference 2020, the Euro-Atlantic Security Leadership Group stresses the need for a political solution to the armed conflict in Ukraine. 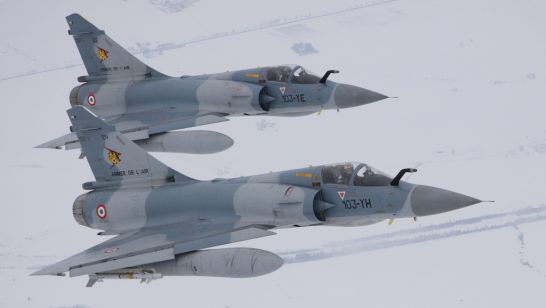 The Baltic States, NATO and Non-Strategic Nuclear Weapons in Europe

This ELN paper sets out the security positions of the three Baltic States, analysing their stand on the future tactical nuclear weapons in Europe in the NATO debate.