The last NATO summit in Lisbon was certainly a success both for Latvia and the Alliance as a whole. A re-assuring Strategic Concept was adopted with collective defence still being proclaimed as a core element of the Alliance. President Medvedev’s attendance ensured a positive spin for the NATO – Russia Council, although since then it has been a challenge to maintain a cooperative spirit in the relationship. How will we fare in Chicago?

2012 is presidential election year in America, France and Russia, with the latter being anticipated a few days from the time of my writing. All three elections will have implications for the outcome of NATO’s summit in Chicago in May. From the Latvian perspective, the US and Russian ones will impact NATO the most and influence our views on what we would perceive to be a successful outcome of the Summit. Chicago will no doubt play a role in the Obama campaign for the elections six months later.

Rather than addressing the wide range of issues that will be on the table at Chicago, I will mention three – smart defence, US engagement in Europe and the NATO –Russia relationship.

In the run – up to Chicago, there are already some visible signs of a successful outcome. They relate to an issue which touches on collective, as well as smart defence. Agreement has been reached that air policing of the NATO airspace in the Baltics will continue to be handled by our NATO partner aircraft after 2014. Although a permanent solution to this question would have been preferable, the ongoing solidarity of our NATO partners is highly appreciated. When we joined NATO back in 2004, it was clear that Estonia, Latvia and Lithuania should not be procuring expensive aircraft when our Allies were able to offer their assets in a spirit of solidarity. This arrangement has worked well and allowed the three Baltic countries to focus on other ways to contribute to the common good of NATO. It was a smart way of approaching defence issues, because it also encouraged successful cooperative pooling and sharing amongst three new small members that have no contentious issues between them in the defence and security field. Heads of State and Government are therefore likely to approve the continuation of these air policing arrangements when they meet in Chicago, given that agreement has already been reached at Ambassador level and Secretary General Rasmussen has also welcomed this as a good example of smart defence.

If we look at wider regional issues, retaining the attention of our most important ally – the United States of America – in the Nordic-Baltic-Polish region, as well as Europe as a whole, would be a crucial element of success at Chicago. We know that America’s defence and security gaze is moving towards Asia. The Transatlantic link should not, however, be weakened. The drawdown of US troops from Europe should therefore be replaced with an ongoing engagement in other areas, for example, relating to the new security challenges of cyber threats and energy security. The decision to move ahead with merging the US Missile Defence system into a NATO system is already on track for Chicago. But a robust, ongoing and visible US engagement in regional planning and exercises is also crucial. My sense is that by offering our US partners successful models of regional co-operation, they will be more prepared to uphold their commitments within NATO. Europe and its different regional constituent parts needs to be viewed as part of the solution of NATO’s success, rather than a problem that continually pops up on Washington’s radar screen. In addition, NATO’s actions in Libya showed how the Alliance can perform a successful militarily operation with the USA leading from behind. This success should not be undermined by a continuing inability by the majority of European NATO member states to devote sufficient resources to defence – an ongoing bone of contention with Washington.

Will the mere presence of (anticipated President) Putin at Chicago guarantee success for the NATO-Russia relationship? Yes, if it leads to more confidence building, transparency and good faith between the two sides. We should aim to achieve a more systematic dialogue between NATO and Russia so as to increase transparency, mutual trust and confidence. This is particularly important on nuclear issues. An agreement on creating a non deployment zone for tactical nuclear weapons on either side of the NATO-Russia border would be a small but important step towards the stated aim of NATO’s Strategic Concept – to create a world free of nuclear weapons. Likewise, a reciprocal and phased reduction which lessens the imbalance in numbers of these weapons, would also be an important contribution to that aim. However, as long as the nuclear threat prevails, NATO’s deterrence posture should be upheld by maintaining the balance achieved between nuclear, conventional and missile defence.

If we continue to keep Russia cooperating with NATO on Afghanistan and other issues, if the threatened “train crash” in the relationship (because of dissatisfaction with NATO’s Missile Defence policy) and a repeat of Putin’s Munich -2007 type speech are not going to emerge at Chicago, we may be able to report modest success at the Summit. Regrettably, the position taken on Syria combined with the prospect of the re-emergence of a more ambivalent and assertive Russia, do not augur well.

Given Latvia’s and our two Baltic neighbours’ geo-strategic position on the periphery of the Alliance and next to a potentially resurgent Russia, the whole question of re-assurances is still pertinent. It was addressed in an exemplary way at the Lisbon Summit. Ensuring the right mix of reassurance for the Allies and engagement with Russia will also be crucial at Chicago. Given November’s elections in the USA, President Obama will of course be looking for the NATO Summit to give him added value. Smart defence in times of austerity, an emphasis on Europe’s ongoing importance and positive engagement with Russia offer success to all involved. 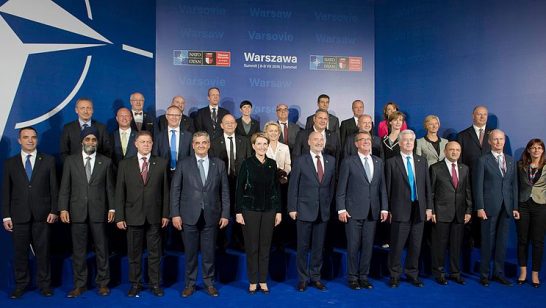 Ahead of the Warsaw Summit Klaus Naumann, former Chief of Staff of the Bundeswehr, outlines three measures to strengthen NATO cohesion and revitalise the alliance to face modern threats. 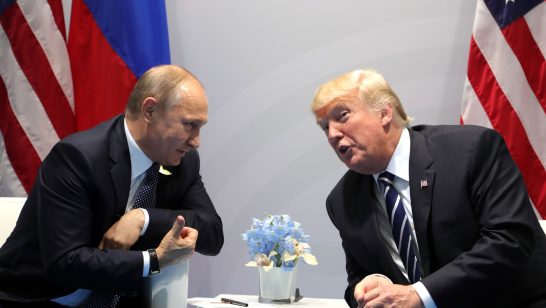 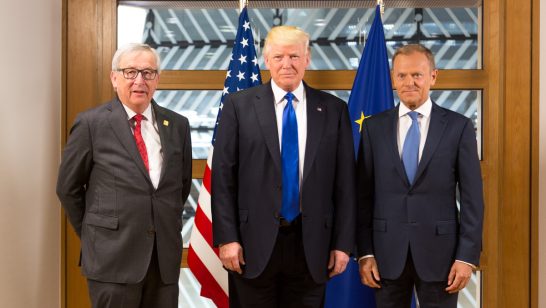