The decision to extend the negotiations on the nuclear agreement with Iran did not come as a big surprise. Long before the November 24 deadline observers had underlined complexity of the technical details and divergent interests of the parties. On the positive side, no country decided to pull the plug on the talks and move towards its ‘plan B’, which for the U.S. and some of its allies would most likely involve enforcing additional sanctions, and for Iran could mean stepping up work on its nuclear program. Apparently, all sides are satisfied for now with muddling through and leaving in place the Interim Agreement, with constrains on some elements of the Iranian program and modest relief of sanctions.

Still, it is very likely that the Vienna negotiating marathon may be remembered as the best, and unfortunately missed, opportunity for reaching a balanced and mutually beneficial arrangement with Iran. The most favourable conditions for a deal in years have been squandered. It is unclear whether the political impetus which drove the last round of talks can be re-created in the future. By spring 2015, attention can be diverted by other events, such as a potential new round of fighting between Ukraine and Russia, or new developments in Iraq or Syria. Some of these crises may actually pit the members of the P5+1 group even more directly against one another. More crucially, there seems to be little chance for approximation of positions regarding the ultimate size of Iranian uranium enrichment capacity. The number of centrifuges has acquired a symbolic importance, certainly for the Iranian public (according to a current public opinion study, 70% of Iranians would oppose dismantling half of the centrifuges that Iran is currently operating and even more oppose halting nuclear R&D). It is difficult to see how the additional rounds of negotiations can break the deadlock it this area.

The diplomats feel obliged to repeat phrases about substantive progress, new ideas, and high chances for a deal. However, with no breakthrough in sight, temptation to try to ‘soften’ the other side by more assertive actions may increase. In Iran, it may involve anything from aggravating comments on the value of the deal by Supreme Leader and his cronies up to motions in the Parliament urging the government to go back to 20% or higher level of enriching uranium. In the U.S., various proposals on additional sanctions against Iran will almost certainly be fielded in the U.S. Congress. Even if these schemes are successfully resisted by the executive branches, they would further reduce the negotiating space for P5+1 and Iran.

It can be hoped that all parties use the extra seven months of extension to bridge the differences and agree on the magic formula for a comprehensive agreement. But it would be prudent to prepare other options as well. It cannot be taken for granted that the Interim Agreement will be rolled over again without a veto from one of the parties. Possibly a much less ambitious deal can be contemplated, one that focuses only on a specific quid-pro-quo, e.g. assuring increased transparency  of Iranian program in exchange of rolling back one block of sanctions? If such a backup option is not seriously discussed in advance (as opposed to being hastily floated at the end of June 2015), we may be heading towards a total breakup of negotiations in mid-2015, with the question whether to bomb or accept a de facto nuclear Iran re-entering the debate in earnest. 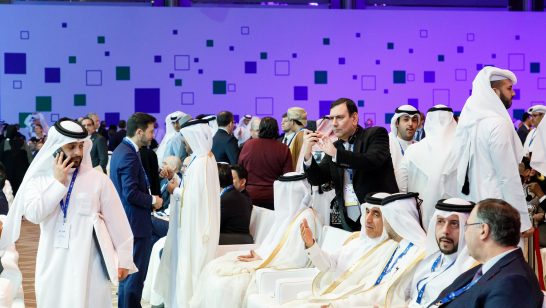 The Doha Forum: Debating double standards and the war in Ukraine

ELN Impact Director Jane Kinninmont reflects on the perspectives of people in the Middle East on the war in Ukraine, as seen at the The Doha Forum. She argues that the question of exactly what security commitments the US is willing to make outside of NATO is deeply relevant to the Gulf states’ own existential concerns.