If the intention of the western sanctions against Russia was to force leadership or regime change, that policy has clearly failed. If the intention was to cause economic pain on the Russian people then there has been some impact although only slight.

When the new U.S. Administration and the EU review sanctions policy at the end of this year, they should take into account that the Kremlin is now starting to look a little desperate and wants to see particularly the start of an easing in the financial sector sanctions. The other measures hardly matter. The Kremlin is thus very likely to make concessions and engage with the U.S. and EU if rewarded with the start of a staged reduction in financial sector sanctions in 2017. If rebuffed (again), the real danger is that Moscow will lose faith in any meaningful future relationship with the west, adopt a more belligerent position and intensify its efforts for greater engagement with China and other Asian countries.

Vladimir Putin’s approval rate in late 2013 was approximately 63 percent, very similar to the share of the vote he secured in the March 2012 election. Since the start of the conflict with the west over Crimea and Eastern Ukraine, his approval rating has risen to between 80 and 89 percent. Anybody who has studied Russian history will know that people rally around their national leader in times of crisis. That was true in both the Tzarist as well as the Soviet eras. Putin will again be elected president in March 2018 unless he chooses not to run. All of the indications are that he wants to be president until 2024. But even if he were to step down, that would not bring about a regime change; the system of government and governance would not change.

The sanctions, and especially the way the mass media portray them as an economic and political attack on Russia, have in many respects helped Putin. It has allowed the Kremlin to focus on this “attack” as a distraction from the economic slump and the real reasons for the quick reversal from boom times to recession. Opinion polls show that a majority of people blame the sharp economic downturn on the western sanctions and are more defiant because of that.

The reality is that sanctions have actually contributed little to the recession. By far the biggest cause of, for example, the rouble collapse and the negative growth, was the collapse in the oil price. But it was not just the oil price reduction on its own which caused the damage: it came at a time when the economy was already experiencing a slowdown as the old growth model had started to lose effectiveness. That model was essentially based on a mixture of trickle down oil wealth, via the budget and public sector wages and pension growth, the very low base-effect, and the increase in public confidence as a result of the stability which Putin’s government brought. The model simply started to mature in 2012. In 2013, GDP only expanded by 1.3 percent, or one-third that of two years earlier, despite the fact that the price of oil averaged close to $110 per barrel and there were no geo-political concerns.

For sure, sanctions have had some negative impact. The shortage of some food items in the winter of 2014 contributed to inflation, albeit much less than the impact of the oil-induced rouble collapse. Investment inflows have almost dried up except for some big energy deals and, in 2014, there was another surge of capital flight. Since early 2014 Russian banks and industrial companies have had to pay back $250 billion in external debt. That is equal to over 20 percent of the value of GDP at the current exchange rate. Clearly, that cannot have happened without the economy taking a hit.

But those who had predicted, or hoped for, economic armageddon, which would in turn lead to street protests, have certainly missed the point. When faced with no other choice, the Kremlin does what it has to. In this case, it supported the Central Bank’s abandonment of currency management. Simply put, the Bank let the rouble free-float. That 180 degree policy turn saved the economy almost singlehandedly, created a platform which for greater stability and is at the core of the emerging new industrial model.

Allowing the rouble to free float, and to collapse in value against the euro and dollar, was a decision not taken lightly. For the previous fifteen years the government had hailed the rouble as a symbol of the economic strength of Russia. There was a real risk that cutting it loose could have started a chain reaction endangering the banking system. But that did not happen, partly because people associated the move with the evil western sanctions. As of now, the currency is again relatively stable above 60 roubles against the dollar. Had people seen it as the result of poor economic management and reform neglect, then the picture today would probably be worse.

The economy is still in recession but is slowly drifting out of it and should return to headline growth in the 4th quarter of this year. All else being equal, i.e. with no further oil collapse or other external shock, then 2017 should see the economy report growth of around 1.5 percent even with no change in the current sanctions regime.

So, one might say that the sanctions no longer matter and the economy has adjusted to a new normal. Well, yes and no. The danger of a collapse or crisis has passed but that does not imply that the economy may continue growing over the next few years. This is where financial sector sanctions become critical, which explains why the Kremlin is very keen to see them at the start of a staged sanctions reduction.

It is clear that Crimea related sanctions are not going to be reduced for a very long time, if ever. But they do not matter for the economy. Equally, there is no evidence that either the ban on dual-use technology or on some oil equipment and services is having any impact. Russia’s oil production is at a post-Soviet high and actually looks set to rise further as big companies, such as Rosneft, have managed to secure financing by selling equity in some producing assets. One example is the purchase by India’s ONGC of a 15 percent stake in the giant Vankor field for $1.2 bln earlier this year.

But financial sector sanctions are different. Legally the sanctions only block the state banks, and some other state controlled entities, from acquiring debt with duration of 30 days or more. But the contagion from that ruling was much more extensive. It sent a general message that Russia was a bad and dangerous place to do business. There is extensive anecdotal evidence to prove that a huge number of trade and investment deals, which would not have been not affected by legal measures, have not taken place because of the fear of sanctions. The example of the big U.S. fines against EU banks for alleged Iran sanctions busting looms like a very large and dark cloud around doing business in Russia.

The bottom line is that while the economy is today stable and drifting out of recession there is no possibility of returning to sustainable 3-4 percent growth without four conditions being met: 1) the government being able to finance budget deficits; 2) an increase in foreign investment, 3) an increase in domestic investment and spending and 4) the reduction of the perception of sanctions risk.

If financial sanctions are rolled over fully in 2017, especially by the U.S. (as a staged reduction by the EU will have little positive effect), then the Russian economy will stay in a low growth environment and financial strains, e.g. in the budget, will start to grow from late 2017. That will not hurt the president’s election chances but would likely lead to a less cooperative stance in the next term and a more determined shift to the East. There would simply be nothing for Russia to gain from cooperation. To those determined to keep sanctions in place, and Russia ‘out’, the appropriate adage is “be careful what you wish for”. 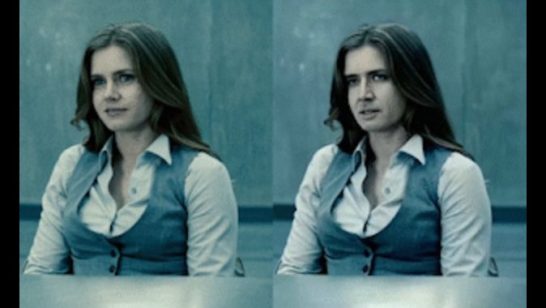