At their July 2016 Summit meeting in Warsaw, NATO Heads of State and Government declared their readiness to meet security challenges originating from east and south through deterrence and defence with the appropriate mix of nuclear, conventional and missile defence capabilities. This translated into decisions to enhance the allied presence in the eastern part of Alliance territory, while affirming readiness for a meaningful dialogue with Russia. Moscow, through various declarations over recent months, has also showed interest in preserving the option of dialogue, while preparing to deploy radars on the Baltic and Black Sea coasts. The post-Summit question, however, remains what type of dialogue are NATO and Russia likely to nurture?

Nothing New Under the Sun

In many ways, the formula of deterring while maintaining dialogue recalled NATO’s 1967 Harmel Report, which had institutionalized the dual-leg approach of defence and dialogue vis-à-vis the Allies’ Cold War enemy. Dialogue was also part of the post-Cold War period of the NATO-Russia relationship based on the two pillars of dialogue and cooperation. Reiterated in Warsaw the need for dialogue with Russia allowed for the necessary consensus within the Alliance between those who see Russia as a serious and immediate challenge, and others who prefer to look at Russia as a prickly albeit inescapable interlocutor.

As always at NATO, and in the multilateral environment generally, consensus is the result of uneasy compromises, which often threaten to unravel once implementation of the decisions begins. In pursuing its defence and dialogue approach towards Russia, NATO in the coming months will have to navigate between those who see the Alliance essentially as a means to deter Russia and dialogue as a way to convey a message of resolve to Moscow, and those who feel that NATO is not necessarily the best instrument to engage Russia, but who wish to convey that NATO’s defence posture should not be misinterpreted as belligerent or irreversible.

A Dialogue of the Deaf

In principle, as often stated by the NATO Secretary General, there is no contradiction between strong defence and engagement with Russia. Indeed, at the national level, this “tough love” message has effectively worked for a number of Allies, notably Norway who maintained cooperation with Russia in a number of areas while keeping a strong defence posture towards Russia in the North. In practice, however, given nations’ different agendas, NATO’s dialogue with Russia is unlikely to deliver a clear message.

Moreover, dialogue is a loaded term. In light of the past twenty years of NATO-Russia relations, dialogue is seen as a pathway to cooperation. It has developed institutionally with the aim to establish cooperative programs. The point of dialogue was less to harmonize views and work on differences, than it was to work side-by-side in the hope that by doing things together we would overcome such differences. In practice, NATO-Russia cooperation allowed for meaningful rapprochement in areas such as search and rescue at sea, cooperative airspace management notably in the Baltic area, transit of non-lethal NATO goods to Afghanistan through Russian territory, as well as cooperation in training and equipping Afghan forces and border guards. At the same time, NATO and Russian military presence in the Balkans and a short period of institutional cooperation in the region never yielded any rapprochement in the Russian and Western political views on the future of the Balkans. In other words, twenty years of cooperation in the field never translated into the type of strategic relationship that NATO and Russia had hoped for and formally enshrined in numerous political documents, agreed at the highest political level, both in Paris in 1997 and in Rome in 2002.

The aim of dialogue today is therefore far from obvious. The only clear objective seems to be that it should not be misinterpreted as a return to business as usual. In other words, irrespective of the discussions to take place in the NATO-Russia Council (NRC) in the coming months, it will not lead to cooperation at expert level – at least from Allies’ perspective – until Russia reverts to the principles and commitments underpinning NATO-Russia relations, notably with regard to its illegal actions in Ukraine. For Moscow, NRC discussions may remain an opportunity to exploit differences among Allies in their respective positions vis-à-vis Russia. It could also be, just as in the past, an opportunity to use the platform to voice its position at a strategic level. In the end, the only common view between Allies and Russia would seem to be that this dialogue is to remain divorced from NATO-Russia practical cooperation, at least in the near future.

Towards A Conversation that Matters?

It remains to be seen whether episodic discussions that will likely take place in the NRC in the near future eventually lead to a conversation that matters to all, i.e. Russia’s place in the new security order in Europe. Russia has long resisted a European order based on open-ended institutional enlargements and the principle that each country has the sovereign right to choose its security and trade arrangements. Similarly, Allies today refuse to allow a new European order based on new facts created on the ground by the use of force and the imposition of spheres of influence.

The debate over the European security order is long overdue but goes well beyond NATO. Pushed to the forefront by the Medvedev initiative in 2008 and resisted by Allies for the right reasons, it led to discussions within the OSCE but never amounted to a new architecture as sought by Moscow, nor did it allow Allies and their partners to preserve the post-Cold War European security order.

Today institutions are facing significant internal as well as external challenges in Europe, and the moment may be ill chosen to begin a meaningful discussion with Russia on the European security order, at a risk of unravelling what remains of the old order. At the same time, pursuing a dialogue of the deaf, towards an unclear objective seems to put process over substance and is likely to yield only limited results.

While NATO is only one piece of the European security order puzzle, it has a significant role to play. NATO could usefully engage in Stability Talks with Russia to manage their challenging relationship. These talks would reflect the spirit of Warsaw whereby NATO, recalling its fundamental responsibility to allied populations in terms of collective defence and stating its readiness to project stability beyond its territory, makes it clear that it still aspires to a constructive relationship with Russia.  These talks would eventually feed into a broader conversation on the European security order, through existing institutional arrangements between NATO and the European Union, as well as NATO and the OSCE facilitated by the Secretary General’s new representative to the OSCE announced at the Warsaw Summit.

These Stability Talks would have to rest on the acknowledgement that the security environment has significantly changed, prompted by the Russian annexation of Crimea – possibly dating back to earlier events such as the Russo-Georgian war. These talks should therefore refrain from giving any illusion of a return to a cooperative security environment. The fact is that, for the foreseeable future, NATO will remain a negative word in Russia, and Russia will continue to trigger ambivalence within NATO. Second, these talks would define clear parameters, redlines, towards developing a meaningful conversation where NATO and Russia could add value to a broader European security order. Third, it would require a commitment to pursuing Talks with a degree of respect for each other’s views and interests.

Stability Talks could rest on three pillars. First, it would reaffirm nuclear deterrence as the basis for the relationship prompting regular talks on the requirements to discuss and provide reassurance on strategic capabilities, doctrine regarding the role of nuclear weapons, and the character and scale of each sides’ nuclear programs, including strategic force modernization, theater nuclear forces, and missile defense. Second, Stability Talks would recognize a strong self-interest on both sides in transparency and predictability to avoid miscalculations and reduce risks in what has become a confrontational relationship in some areas. Third, the Stability Talks would help create the conditions where differences are worked out without the threat of military force against allies or neighboring countries, either overt or covert.

The very idea of NATO-Russia Stability Talks may encounter three main challenges. First, NATO is a political-military organization, which engages in political discussion to the extent that it can lead to concrete action. It is not a talking shop. Yet Stability Talks would likely remain at the level of political dialogue without experts work. These Talks may nonetheless trigger political declarations and various workshops which would potentially feed into the work of other organizations. Second, Stability Talks could never result in negotiations, treaties or other legally binding declaration in a NATO-Russia context, as NATO is not the type of organization that can engage in such exercises. Third, some nations may wish to retain Stability Talks for their bilateral agendas and refrain from engaging in such discussion at the multilateral level. At the same time, NATO-Russia Stability Talks could usefully contribute to the agenda of others, and get the ball rolling on a much needed – albeit daunting – exercise of reestablishing the rules of the European security order.

The opinions expressed in this article are the author’s own, and do not necessarily reflect those of the Atlantic Council or NATO’s agreed positions and policy. They also do not necessarily reflect the position of the European Leadership Network or any of its members. The ELN’s aim is to encourage debates that will help develop Europe’s capacity to address the pressing foreign, defence, and security challenges of our time.

In Europe but not European, Dr Sergey Utkin examines how Russia’s unique geography has shaped its policies and relationship with ‘political Europe’. 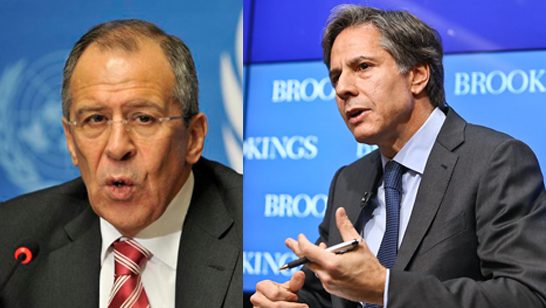 Russia and the West: Why talk still matters

Blinken and Lavrov’s meeting in Geneva today is the latest in a series of meetings between Russian and various transatlantic and European actors over the past two weeks. While there has been no breakthrough, Wilfred Wan writes that these talks should be seen as a modest but necessary step in the right direction. 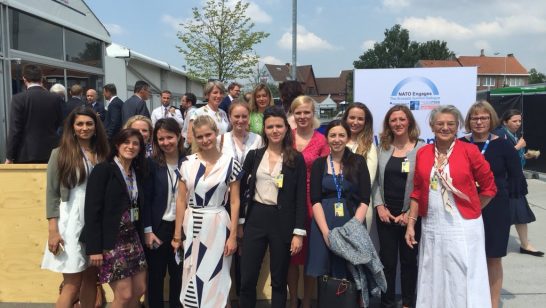