Now that Putin has chosen to incorporate Crimea into the Russian Federation and further Russian support to rebels in the east of Ukraine continues despite the tragedy of the downed Malaysian airliner, the West needs a response to this crisis that includes but goes well beyond sanctions. Our goal must be to avoid a military confrontation with Russia while finding a way to bring Putin to the negotiating table on terms that are acceptable. This means denying him further opportunities to destabilise Europe and escalating his costs on the one hand while offering him cooperation on matters of mutual interest on the other.

With regard to the former goal, three sets of measures are now necessary:

First, if Russia continues its activities in eastern Ukraine, the West should offer military equipment, logistics and intelligence support to the government in Kyiv. The US, UK and France effectively offered security assurances to Ukraine in 1994 as part of the deal under which the country agreed to give up its nuclear weapons. These assurances have to mean something, not only for the Ukraine’s sake but for the sake of stability and security in Europe.

Second, the West should make it unequivocally clear to Putin that any incursion on to the territory of a NATO member state will be viewed as an attack on NATO as a whole and will be met with a military response. This statement should be backed up with more forward basing of NATO forces in Eastern Europe to re-assure allies in the region. Ambiguity is the friend only of miscalculation in a crisis. A line has to be drawn, and Putin needs to be clear as to where it is.

Third, the level of western economic assistance to Ukraine, Georgia and Moldova should be increased. The citizens of those countries must receive all the support possible in pursuit of their chosen path. If Putin persists in trying to disrupt the process this must be made as expensive and difficult for him as possible.

It is Putin’s own recent behaviour that has rendered this strategy of denial necessary. Denial, however, must not become the ultimate goal of policy. Despite everything, a more cooperative relationship with Russia would serve our interests best and the point of limiting Putin’s options in Europe while escalating his costs is not to defeat him but to persuade him that cooperation is in his interests too.

This is not as outlandish as it sounds. A robust Western response in the short-term will provide Putin with a domestic opportunity to say he is standing up to a belligerent West. He will subsequently be able to argue, in terms of his own narrative, that any future dialogue is a mark of Russia’s international standing, particularly if it addresses some long-standing Russian concerns with regard to the entire post-Cold War settlement in Europe.

The need for cooperation is itself real and in Putin’s interests as well as ours. Current crisis management arrangements in the Euro-Atlantic area, for example, are woefully inadequate. In this centenary year of the outbreak of World War One, policy-makers on both sides should remember that catastrophe can happen even when none of the participants intends it. Doing something about this by re-learning some of the old lessons on how to keep a Cold War cold rather than hot should therefore be the focus of urgent discussion.

For the same reason, fresh impetus should be given to proposals in a recent report by Sam Nunn, Des Browne, Wolfgang Ischinger, and Igor Ivanov. Their ideas on increasing military transparency so as to effectively take the danger of a short-warning military attack off the table in Europe while increasing leadership decision time in a crisis now need urgent adoption. The alternative is to let suspicion, fear and ignorance drive decisions in the midst of a crisis involving nuclear armed participants.

As the EU and Russian economies struggle moreover, an economic win-win in the Greater European area has been stymied by mistrust and antagonism for years. Even as the EU supports countries like Ukraine, Georgia and Moldova economically, therefore, it should make clear to Russia its willingness to start serious dialogue on the idea of a common economic space from Lisbon to Vladivostok. This is a long term Russian goal but is also in the interests of the EU and of Ukraine.

Neither can the West or Russia close down the rest of their relationship while confrontation envelopes Europe. Russia is a veto wielding power in the UN Security Council, a key partner in efforts to secure a resolution to the Iranian nuclear crisis, and a major influencer of events in Syria and the wider Middle East. It is a major supplier of energy to several allies, most notably Turkey, Italy and Germany, and is vital to both the supply and future withdrawal of thousands of NATO troops currently serving in Afghanistan. For its part the EU represents the largest market for Russian exports, including its energy, and is a key supplier of both technology and investment without which the Russian economy cannot modernise.

In this context, a strategic response to the current crisis means sanctions but also thinking beyond sanctions. It means using a more nuanced mix of instruments to deny Putin opportunities in Europe, improved crisis management arrangements to ensure fewer opportunities for unintended escalation, and the dogged pursuit of a dialogue with Russia about cooperation in the interests of all. The challenge for our diplomacy is to ensure these strands of policy do not become mutually exclusive. 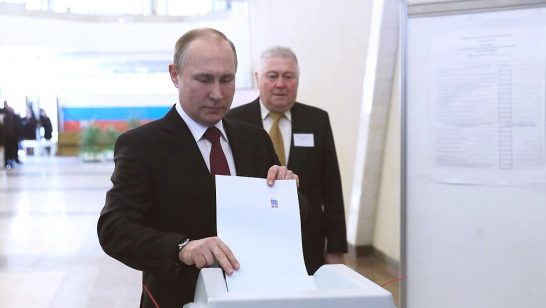