On 24 Oct 2020, Honduras deposited its instrument of ratification to the Treaty on the Prohibition of Nuclear Weapons (known as the TPNW). The treaty will now enter into force in three months, in January 2021. Is this a surprise, and does it matter?

The nuclear ban treaty was negotiated at a conference convened at the United Nations in New York in 2017 and opened for signature and ratification in September of that year. The treaty was spurred by the dissatisfaction among most of the NPT members with the pace of nuclear disarmament. The goal of the treaty was to create moral pressure on the states possessing nuclear weapons in order for them to make further steps towards nuclear disarmament. Since its inception, the treaty was opposed by the states possessing nuclear weapons, as well as their allies.

The arguments against the nuclear ban treaty centred around the difficulties related to verification of nuclear disarmament, as well as to a belief in the benefits of nuclear deterrence for avoiding conventional conflicts. In late October 2020, the United States urged states that ratified the treaty to withdraw their signatures. “[W[e believe that you have made a strategic error and should withdraw your instrument of ratification or accession”, read the letter, obtained by the Associated Press.

The supporters of the ban treaty are naturally exhilarated now that the treaty is ready to enter into force. The treaty was largely driven by a small coalition of states and NGO supporters. Yet despite the claims of enormous success, the treaty’s entry into force was never in real danger. The treaty provisions demand a relatively low step – just 50 ratifications. The support for the treaty was large – 122 states voted in its favour at the conclusion of the UN negotiations (although, to be fair, the critics of the treaty either chose not to partake or were sidelined).

The bigger question for the treaty was when it would be ratified. Here, we need to think about treaties with some perspective. Treaties are a bit like movie series. When a new one comes out, fans rush to see them. If you’re a James Bond fan, you’re excited to see a new Bond movie (and disappointed that the latest one got postponed for a second time). Similarly, states like to sign new treaties if they signed previous ones in the same area because they like to support international policy coordination in that field.

In the case of the TPNW, however, the problem was that most of the fans of disarmament were not likely to sign the treaty. If you think about “early ratifiers” – the treaty-ratification equivalents of fans who go to see the movie on the opening night – then they mostly sat the TPNW out. This is because the early ratifiers are often countries that are also members of NATO or allies of the United States. These countries, for the moment, concluded that enjoying the American nuclear umbrella (presently seen as fundamental to their security policy) is incompatible with ratifying the treaty.

And so, the TPNW had to rely on “late ratifiers”, countries that often take a long time to join international treaties. While in the first year, the TPNW was the second-fastest ratified disarmament treaty (fueled mainly by countries with easy ratification rules and true believers), by now it is a mediocre one. Only one-quarter of the TPNW parties signed the treaty faster than Mine Ban Treat and Convention on Cluster Munitions, the two other disarmament agreements in which the TPNW supporters looked for inspiration.

The countries that have signed the TPNW are mostly ones who are either already located in the zones free of nuclear weapons – and hence the signature was no cost for them (a bit like banning meat from your vegan household) – or are neutral countries known for their anti-nuclear activism. Some countries with a long tradition of supporting nuclear disarmament – such as the Marshall Islands, who took all nine countries possessing nuclear weapons to the International Court of Justice six years ago – have opted out so far for fear that signing the treaty would be detrimental to their national interests.

While it is likely that the number of parties to the nuclear ban treaty is now going to continue to slowly rise, it is unlikely to attract any major new supporters in the near future. But if the goal is not to disarm the disarmed, it will need to find new strategies to reach out across the aisle and build broader support. 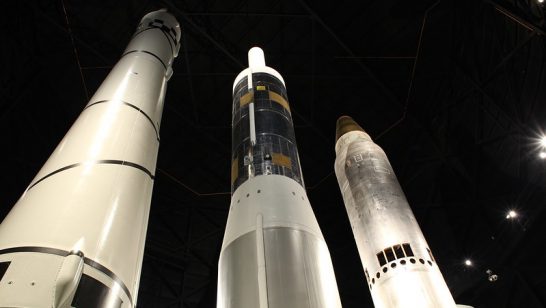 In October, the Treaty on the Prohibition of Nuclear Weapons (TPNW) reached the 50 ratifications needed to become international law. Beatrice Fihn and Daniel Högsta look at how European governments can use the TPNW to advance nuclear disarmament.

Hiroshima: 75 years on and the start of the atomic age

75 years ago today the US dropped an atomic bomb on Hiroshima. The era of “atomic peace” that followed has been fraught with increasingly catastrophic risks.