The recent signing of the EU-China Comprehensive Agreement on Investment has sparked debate in the West about how relations between the EU and China will develop and how Russia will fit into this picture. For the EU, the growing presence of both countries on the international stage presents concerns because of their non-democratic nature and their challenge to liberal norms in the international system. A series of crises have added to the strain on EU-Russian relations, including the poisoning of Navalny, the recent buildup of Russian forces on the Ukrainian border, and the 2014 annexation of Crimea. In the 2019 EU-China Strategic Outlook, the EU acknowledges the complexity of relations with China, and we have seen EU countries seek to balance concerns about events in Xinjiang, Hong Kong, and the South China Sea with their interest in commercial links with the world’s second-largest economy. Russia and China negotiate their own bilateral relationship, and in recent years the two have become ambivalent partners. Given the complex diplomatic relationships and the continuing expansion of the Belt and Road Initiative, European policymakers must be aware of the differences between Russian and Chinese policies and worldviews.

The China-Russia relationship has in recent years been characterised primarily by increased economic interaction. In 2020, $107 billion USD worth of trade flowed between the two countries, representing a dramatic increase from the $58 billion in 2010. Last year, China imported $57 billion USD worth of goods from Russia and exported $50 billion to Russia, resulting in a Chinese trade deficit of $7 billion. Russia is eager for Chinese investment in its financial markets, hoping to increase the volume and share of trading done between the Russian rouble and Chinese renminbi, rather than the US dollar. To this end, commencing March 2021, Russia has changed the trading hours of the Moscow Exchange to 7am to midnight to encourage more investment from the Chinese market.

Energy is a key tenet of this economic relationship. Russia is China’s second-highest provider of oil, after Saudi Arabia, exporting 83.57 million tonnes of crude oil in 2020 (a 7.6% increase from 2019). In 2020, the total value of Chinese imports from Russia of mineral fuels, oils, and distillation products was $33 billion USD. Russia is likely to be an increasingly important source of oil for China going forward, with China seeking to avoid the strategic vulnerability which could accompany its reliance on Middle East oil supplies. China’s Silk Road Fund has invested to acquire 10% shares in the petrochemical company Sibur, and China-based enterprises have acquired almost 30% of shares in Russia’s Yamal LNG, the country’s first liquified natural gas project north of the Arctic Circle. The energy sector is one in which Chinese-Russian interaction is likely to grow.

Politically, there is a tendency to characterise the Russia-China relationship as either the core bilateral relationship at the heart of each party’s foreign policy decisions or as crumbling towards irreparable disrepair. The reality is in between: while the two countries’ authoritarian governments align in certain foreign policy actions and narratives, there are differences in world views. Areas of discursive political cooperation include both countries’ membership of the Shanghai Cooperation Organization and their criticism of Western military interventions, democracy promotion and the advancement of human rights. However, Russia’s claim to great power status is in part derived from being a credible threat to the West and the Russian government benefits domestically from public perceptions of an external adversary, both of which help to explain its disruptive behaviour from the annexation of Crimea to the hacking of the 2016 US election. China, on the other hand, prefers to seek integration and recognition as a responsible global actor, as can be seen inits cooperation on lowering carbon-emissions, including the EU-China Roadmap on Energy Cooperation. As China increases its dominance in the global economy, it can expect to be a rule-maker in a way that Russia cannot.

Beyond divergent understandings of how to challenge the rules-based world order, the differing roles that China and Russia aspire to play in the future of the international system strain their bilateral relationship further. Russia does not want to be viewed as China’s junior partner, whilst China is often uncomfortable when Russia seeks to disrupt the international system. In the case of Crimea, China abstained from voting on the UN Security Council resolution to declare the independence vote invalid, reflecting an ambivalence on the issue. China sees the West as motivated by power politics and the opportunity to play an increased role in Ukraine. However, China sees Russia’s support and intervention in Crimea as violating non-interference in another sovereign territory. Given China’s internal separatist movements, the country cannot be seen to support outside military intervention in such cases. This deeper ideological divergence is likely to become a more prominent issue with the relative decline of the US, leaving increased o opportunities for both countries to assert their role in reforming and challenging the international system.

Through the Belt and Road Initiative (BRI), China has sought to expand its global ties by increasing investment internationally. Russia has been largely ambivalent towards the BRI at the diplomatic level while engaging the commercial opportunities it presents. Foreign Minister Sergey Lavrov skipped the 2020 BRI Forum, in what appeared to be a show of disapproval for the initiative. Yet Russia is actively engaging Chinese investments in financial markets, the energy sector and transportation infrastructure, and China is keen to secure an economic presence in Russia and Eurasia with the goal of creating economic links from Asia to Europe. Three of the six ‘economic corridors’ of the BRI pursue this goal: the New Eurasia Land Bridge aims to connect China to Poland by rail links through Kazakhstan, Russia and Belarus, the China, Mongolia, Russia Economic Corridor aims to build rail and road links through Russia to Estonia and Finland, and the China, Central Asia, West Asia Economic Corridor would link Central Asia to Turkey, from where goods could enter Europe. Through Russia and the Eurasian Economic Union (EAEU), goods from China would only have to pass two customs checkpoints to reach a number of states in Eastern Europe. Whilst Russia has also encouraged ‘harmonisation’ of regulations between the BRI and the EAEU in areas of transport, logistics, and infrastructure, the latter has few formal regulations in these arenas, and Russia is likely to be uncomfortable with any harmonisation beyond this point as it is eager to maintain its ‘sphere of influence’ in the region.

EU leaders must recognise that closer China-Russia cooperation would not signal a strong partnership, but rather the escalation of pre-existing economic cooperation. Claudia Westwood

EU leaders must recognise that closer China-Russia cooperation would not signal a strong partnership, but rather the escalation of pre-existing economic cooperation and the continuation of cooperation only in areas of common interest.  President Biden has called China a competitor rather than a threat, and Secretary of State Blinken has stated the that US won’t force allies into an “us or them choice” between the US and China. Thereare likely to be some areas for Western cooperation with both Russia and China, such as climate and health, with Biden recommitting the US to the Paris Climate Agreement and the World Health Organisation. This new US position will mean the EU has more space to manoeuvre and can be proactive in its economic relations with China. Trade between the EU and China has grown by around 60% since 2010, and there are opportunities for the EU to increase cooperation on climate change,  especially on renewable energy systems and green technologies and on the 2021 biodiversity COP that China is hosting. Engaging the Eurasian Economic Union would be an opportunity to improve relations with both Russia and China, although political divisions and economic sanctions have thus far limited engagement between Russia and the West in this arena. Those concerned about Russia and China becoming an alliance or axis of authoritarian challengers to EU interests should remember the many differences between them and look for opportunities to engage both states pragmatically where there are issues of common interest.

A path paved with thorns: How does China perceive and advance the P5 Process?

Beijing has re-started the P5 process after a break in formal conferences in 2017-2018 and has led on the glossary and Bangkok Treaty workstreams. 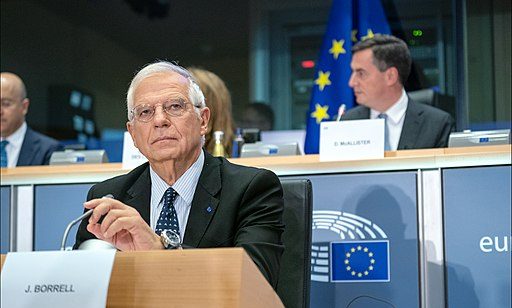 In the interest of European security: a realpolitik approach to relations with Russia

Rüdiger Lüdeking calls on Europe to take a new approach to cooperation with Russia, one that is interest-driven, consistent and pragmatic, where European security and stability is at the centre.

25 years later, Central Europe does not regret choosing the West

Rastislav Kacer, former Slovak Ambassador to the U.S., argues that far from being coopted into NATO to weaken Russia, Slovakia chose to ally with the West.